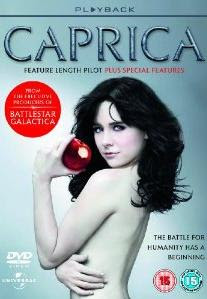 Personally speaking, I’m rather excited to see what happens when human material gets integrated into the machine, because with Caprica, we are taking a glimpse into the future; as long as we don’t destroy all we survey.
Posted by Ali Karim at 5:08 AM