“And the thing about a shark is he’s got lifeless eyes. Black eyes. Like a doll’s eyes.” 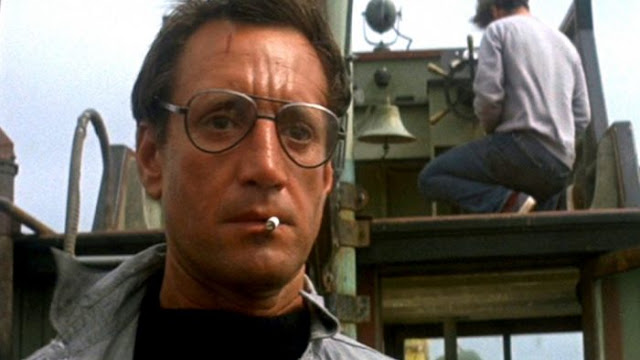 On the first day back at work; my memories of my days at sea as a Chemical Surveyor and my adventures in the Arabian Gulf drifted back to me; following a wonderful time in Ireland for New Year, traversing the Irish Sea.

I will share one memory from the 1980s, when I was stationed in the Arabian Gulf where I worked as a Chemical Cargo Surveyor. There is no need to read on, as life is short, and I am a bore. I only write down my anecdotes as an aid to keep them from vanishing from my memory; and to help me examine and understand who I have become, via the recollections of youth; as well as recording the absurd aspects of my life.

Back in the 1980s, cargo ships would load bulk Palm Oils, Palm Fatty Acids and Veg Oils from South East Asia [Singapore etc]; discharge their cargo in Rotterdam, then tank cleaning en-route to Saudi Arabia where they would load Methanol [and other industrial chemicals], and then sail to Japan; discharge; then tank clean while en-route to Singapore, where they would load Palm Oils, and come back to Rotterdam. And the supply-chain circle would continue, Far East, Europe and Middle East.

Naturally mixing edible food items and chemicals for transit [with tank cleaning between cargoes] was not cool, due to possible contamination of the edible oils; but back in those days, road tankers did the same - edible oils, tank clean, then chemicals etc. Now bulk tankers [be they sea or road] - are now dedicated to food or chemicals, to prevent cross contamination risks.

It was a hard life, 6 weeks on with 3 weeks off, working as a Chemical Cargo Surveyor in the Middle East; coping with the heat and erratic and long working hours. I lost a lot of weight, during that time, so my overalls used to hang off my skin like a baggy jump suit, due to my weight loss.

Anyway; one time a Burmese ship arrived at Jubail port, KSA [ex-Rotterdam] to load Celanese Grade Methanol. When I went on-board it was obvious the crew had been on the Rum. Though the booze was now locked away, as Saudi Customs Officials always boarded the ship to ensure all alcohol was locked away. You didn’t need to be Uri Geller to ascertain that the Mariners had been drinking, and I mean HARD drinking.

Once the vessel was berthed and ‘customs cleared’, I got to work inspecting the cargo tanks.

The tanks were filthy, with the walls, the coils, pipes, hose-exchange all smeared with the last cargo of PFAD [Palm Oil Fatty Acid Distillate]. It was obvious the crew had been partying hard from Holland and didn’t tank clean. In fact the chief officer was nowhere to be seen, so his XO was embarrassed as I wrote a letter of protest, refusing to allow them to load the Saudi Methanol cargo. The XO called the Captain who appeared calm, and told me to come back in 24 hours and he’ll have the tanks cleaned while berthed on the Jetty.

So the next day I returned, and immediately noticed that tanks hadn’t been touched. The captain and crew had found the Chief Officer, who had locked himself in a store room in the Engine Room; he was in a drunken stupor. He must have stashed some of the Rum for himself while they were in port when they entered Saudi waters. This was a No-No, as the penalty for drinking alcohol in Saudi Arabia is severe.

Anyway, when I failed the ship again on my second tank inspection; I issued another letter of protest [at the state of the tanks] which we always sent to the ships owners, when there is any issue with the ship – and I added that I didn’t feel the crew to be competent. 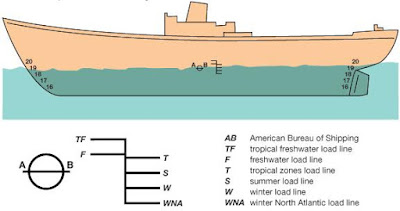 Within 36 hours a new crew were sent. I arrived the following day back at the Port just as the old crew were escorted off the ship and to the airport. The new Captain indicated that rather than waste more money staying on the berth and incurring port fees, they would buy some Methanol for tank cleaning and go off and tank clean off-shore; returning only when they thought they would pass my inspection for loading.

Three days later we get a call from the port, and rather than risk a rejection again [berthing fees etc]; the Ships Master would pay for an inspector to go aboard the ship by pilot-boat, and inspect the tanks at sea. Then subject to approval, the vessel would come back to the berth for loading. So off I went with my equipment and testing gear to the port and joined the pilot boat. Curiously, I recall at the time when I embarked onto the pilot boat, it reminded me of ‘The Orca’, the fishing boat that Quint [as played by Robert Shaw] Captained in Spielberg’s JAWS.

Now when an ocean-going bulk chemical tanker is empty at sea – it rides high in the water, like a cork in a water-trough; revealing many notches on the hull’s Plimsoll line. Without cargo as ballast, an unloaded ship does bob-up and down with the sea currents; as ballast and cargo balances the buoyancy and stability of the Vessel.

The sea that day was choppy with big swells. The pilot boat pulled alongside the Burmese ship; the crew lowered a rope ladder over the bow; so slinging my equipment over my shoulder I started up the rope-ladder like a pirate clambering aboard, with trepidation as the ship bobbed up and down with the heavy swells. I had barely reached the ladder, when the ship hit a really big swell, and I went down under the waves. I held the rope ladder for dear life, panicking. I held my breath clinging to the rope ladder, and tried to climb up faster; but my billowing overalls were caught by the water currents, dragging me back down to Davy Jones’ locker.

As I finally broke the surface I felt something pulling, jerking me back into the water. I looked up and the crew were shouting at me, pointing below me, and frantically gesticulating to me, to come up the ladder quicker. I felt something sharp tug at my overalls, and scratch my buttocks. As I looked over my shoulder, down at the waves below, I saw a small shark had its teeth embedded on the bum of my overalls and was thrashing trying to pull me back into the Ocean. As I looked down, I saw it staring at me, with dead eyes, like a dolls eyes. I grabbed my bag of sampling and test equipment, and furiously hit the shark hard repeatedly, feeling it tug at my blue overalls. I finally dropped my gear onto its head hard like a hammer.

The shark fell back into the water below, with a big splash, and then thrashed and attacked my sampling and test equipment that I had used to defend myself. 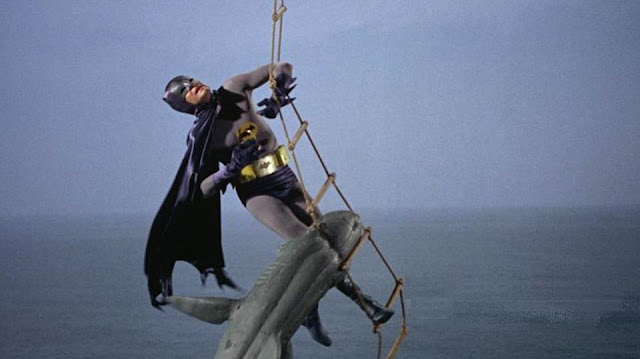 I climbed back on the ship rather fast, and was yanked on-board by the Burmese deckhands. As I stood on deck, I noticed I had a big tear in my overalls with my arse hanging out, which was cut [but were really only a couple of scratches]. The Ship’s Medic cleaned the scratches, and gave me a clean pair of overalls. The Captain appeared and passed me a bottle of Rum, which I necked, before handing it back, half empty. We were not moored in Saudi Arabia so the booze cabinet had been unlocked.

Anyway, I soon discovered what had happened to attract the school of sharks.

While the ship had anchored off-shore, and had been tank cleaning out in the ocean; the cook’s assistant had been throwing the leftover food scraps from the galley over the side of the ship [this is now barred under International Maritime Organisation’s MARPOL regulations]. The food waste from the galley had obviously attracted the sharks.

When I looked down over the side, I saw the fins in the water below and thanked the God Poseidon that one of the bigger fuckers hadn’t taken a bite out of my arse. I was also thankful to Poseidon for my weight-loss; as my baggy overalls, flapping and billowing in the water had saved me, as the baby shark had only scratched my skin, as the billowing overalls took most of the shark’s bite, as its teeth tried to find my skin. I thought of the feature length Batman TV film, when the same thing happened to the Dark Knight, except he was climbing the rope ladder to a helicopter.

As I lost my sample and testing kit when I hit the shark’s head as it clung to my blue overalls, I could only do a visual inspection on the vessel’s tanks, but they appeared fine; so we soon sailed back to port, where we would load the ship with Methanol.

The sailors gave me a guest cabin on the journey back to Port, which I retained while I supervised the Methanol loading.

During the process, I spent time in my cabin once the Shore Pumps started loading the cargo. I smiled as amongst the tatty paperbacks and VHS tapes in the cabin; I found a copy of Spielberg’s JAWS [with Burmese subtitles] as well as a copy of the Novel by Peter Benchley.

As I looked out of the port-hole from my cabin [on the Starboard side] facing the ocean; I  thought of the Mariners on the USS Indianapolis and the remarkable speech that writers Howard Sackler, Robert Shaw and John Milius came up with for JAWS, nailing Quint’s motivation for battling the Great White Shark –

“Sometimes that shark looks right at ya. Right into your eyes. And the thing about a shark is he’s got lifeless eyes. Black eyes. Like a doll’s eyes.”

Thankfully, the shark that took a bite out of my overalls was a baby, unlike the one Quint battled. Though it was the Shark’s Eyes that remain with me today, for they were lifeless, black, like a doll’s eyes.

I also recalled a favorite line from Stephen King, about how the arts help manage the nightmare that is our reality from time to time; even if our recollections now exist as mere fragments of memories from those days now passed.

“Life isn't a support system for art. It's the other way around.”
Stephen King, On Writing: A Memoir of the Craft

Read More Here about the remarkable writing behind Quint’s monologue about what happened to the mariners of the ill-fated USS Indianapolis, from JAWS which remains one of the most memorable pieces of screen writing. 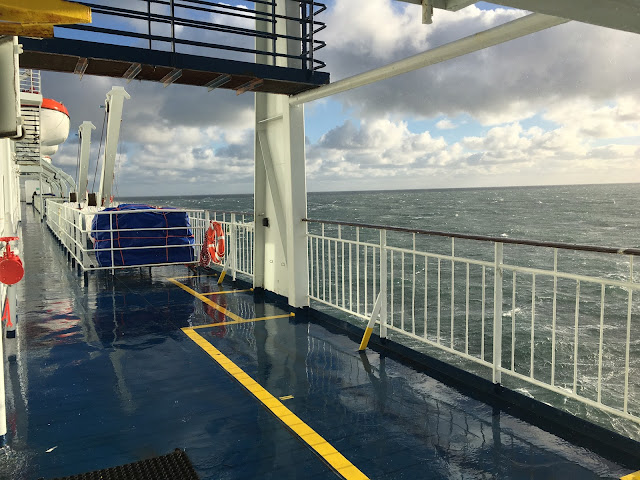