The Weird and Cosmic World of Thomas Ligotti 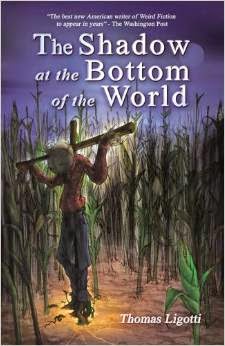 I know I am a little late to the party, as many of us thanks to a prompt from Nic Pizzolatto of True Detective fame have been exploring the work of the mysterious Thomas Ligotti and other purveyors of weird / cosmic fiction. Though I had heard of Ligotti, I hadn’t  read any significant  horror fiction [apart from the usual suspects] for decades. In my youth I was an avid reader of weird fiction thanks to my love of HP Lovecraft, Ramsey Campbell, Stephen King, Robert McCammon and many, many others.

My recent enthusiasm for True Detective made me go back to my early reading, as well as catch up on the weird and cosmic end of the horror genre. Of particular interest has been Ligotti’s non-fiction work THE CONSPIRACY AGAINST THE HUMAN RACE –
If one were to compile a list of contemporary American pessimists, the list would be short, though Thomas Ligotti's name would likely be on it. To most who are familiar with his work, Ligotti is known as an author of horror fiction.

His 1986 debut Songs of a Dead Dreamer immediately set him apart from his contemporaries. Filled with dark, lyrical prose, it displayed an unabashed appreciation for the tradition of the Gothic. It was composed of short texts that were difficult to categorise, and that barely contained narrative and plot.

When it was published, Songs of a Dead Dreamer stood in direct contrast to much horror fiction of the 1980s, characterised as it was by slasher-style gore and violence, and a more brutalist approach to language. Ligotti's writing, by contrast, tended more towards an effusive, contorted prose that revealed almost nothing – though each of his pieces was steeped in a sombre, funereal mood more reminiscent of the ‘supernatural horror’ tradition of Edgar Allan Poe and H. P. Lovecraft. All the horrors – the real horrors – remained hidden in a stark, unhuman nether region beyond all comprehension, and yet instilled directly in the flesh of the narrators or characters. 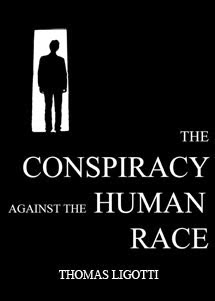 In a career that spans almost 30 years, Ligotti's work has remained committed to this tradition of supernatural horror and, given the trends, fads, and wild mood swings of the horror genre, such a commitment is an admirable anomaly. Which brings me to Ligotti's most recent book, The Conspiracy Against the Human Race. Ligotti fans may find this book puzzling at first. For one thing, it is not a work of horror fiction; for that matter, it's not a work of fiction at all. But to call it a collection of essays or a treatise of philosophy doesn't quite do it justice either. Ligotti does comment at length on the horror genre and on a number of authors, from Anne Radcliffe and Joseph Conrad to Poe and Lovecraft. But Conspiracy is not just a writer's personal opinion of other writers. Similarly, Ligotti does spend much of the book reflecting on pessimism, reminding us of the freshness of grumpy thinkers like Arthur Schopenhauer, while also pointing to more obscure or forgotten thinkers, such as the Norwegian philosopher and Alpinist Peter Wessel Zapffe. But Ligotti's approach is much too eccentric and uncompromising to be considered academic philosophy, and as a book Conspiracy is unencumbered by reams of footnotes or jargon-heavy vocabulary. Finally, Ligotti does address a number of topical issues in Conspiracy – research in cognitive neuroscience, the natalism/anti-natalism debate, global warming and over population, transhumanism, Terror Management Therapy, the popularity of Buddhism, and the self-help boom, among others. But the aim of the book is not simply to be topical, nor to present a ‘pop’ introduction to a difficult topic.

So then, what kind of book is Conspiracy? It is first and foremost a book about pessimism; but it is also a pessimistic book. While it contains critical insights into the heights and pitfalls of pessimist thinking, it also contains stunning indictments of our many pretentions to being human: ‘As for us humans, we reek of our own sense of being something special’; ‘What is most uncanny about the self is that no one has yet been able to present the least evidence of it. Conspiracy constantly hovers around that boundary between writing about pessimism and simply writing pessimism, and nowhere is this more evident than in Ligotti's own brand of pessimism, which is at once uncompromising and absurd: 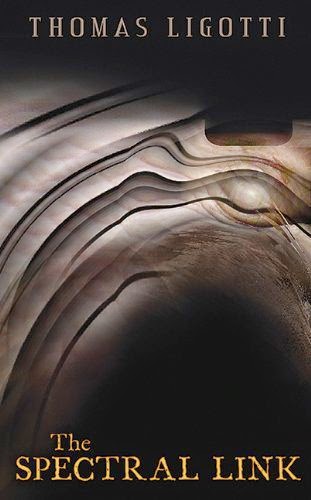 After a silence from publication for a decade, which he explains here, including a harrowing medical emergency, Ligotti published The Spectral Link a slim volume consisting of two stories Metaphysica Morum and The Small People [each about 50 pages in length] which I found very unsettling, almost like being in a lucid nightmare. Ligotti describes these two stories as -

As with many, if not most, of my stories, “Metaphysica Morum” is autobiography exaggerated.

The narrator of “Metaphysica Morum” harps on my euthanasia fantasy, except for him it is in connection with longstanding emotional problems having a source beyond the natural. For some people, all experiences of an intensity far surpassing that of ordinary life provoke a need for expression. Another dimension or level of reality opens up, and they begin ranting to a purpose. A few may propound visions as in the biblical Book of Revelation, horrible visions whose author must have felt an insatiable need to make believable and find credence in his readers. Some believe these visions and give them credence; others do not. Which of these postures is assumed could not possibly concern the scribbler of these visions. He has seen. That is enough. This is the state of the narrator of “Metaphysica Morum” and conveying such a state, as I’ve said in interviews and essays, is what supernatural horror fiction does better than any other kind of literature.

I’ve written things in the wake of a previous work, and I think “The Small People” was one of them. It really hit me all at once, and I barely had to think about it either structurally or thematically. “Metaphysica Morum” derived straight from my hospital episode and “The Small People” indirectly. After writing the former story, I was still in an elevated mood from my surgeries. And if I could keep writing, I thought I could keep my elevated mood alive. And only in an elevated mood can I write about the worst. Only in a good mood can I reflect upon what’s in store for me, such as the hospital episode, without fear of overwhelming my consciousness. Only in a good mood can I think about my existence or existence itself without thinking about wanting to be euthanized by anesthesia. I believe this is how it is for many people, though I can’t say how many, and if I claim it is a great many then I would be derided by those for whom this is not how it is. In any case, I think it’s safe to say that the carryover from my hospital episode was more literal in “Metaphysica Morum” than in “The Small People.”

I find that I can only read Ligotti in small doses, due to some of the unsettling atmosphere his work creates in my consciousness, and though a writer of poetry, short stories and the occasional novelette, his work packs a disturbing punch. Most of his work is out of print, so it’s a little expensive collecting his earlier work, but well worth it – if you like the ‘cosmic end’ of horror genre, and also your world-view to be questioned, then Ligotti is a writer you should explore. 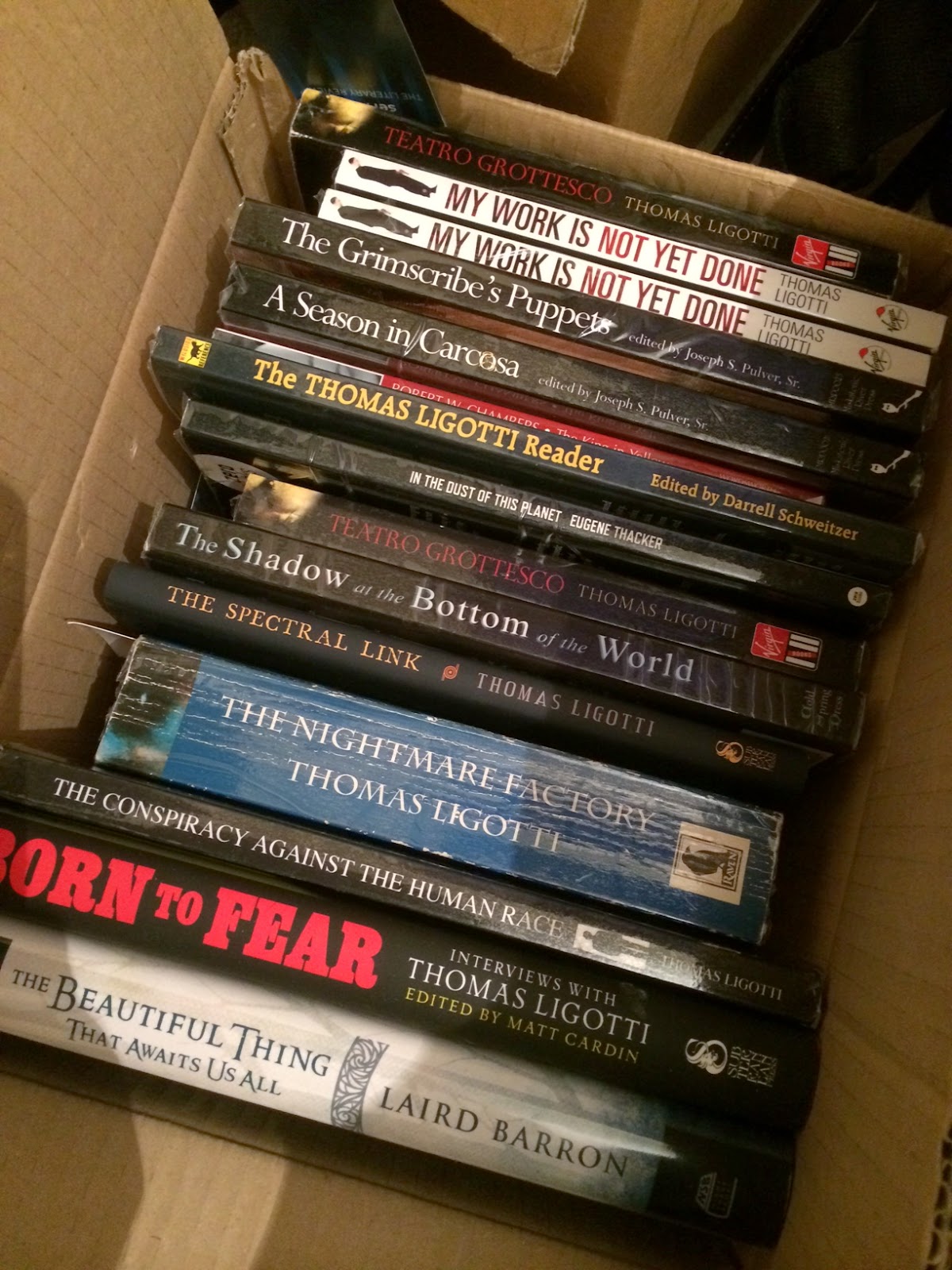 Recently I acquired the Ligotti collection The Nightmare Factory, a collection that showcases a vast array of some of his most disturbing fiction, opening with the truly unsettling tale ‘The Frolic’.

A WARNING – ‘The Frolic’ though far from gratuitous, is a very distressing tale that concerns child murder and is very unsettling and is the only fiction from the pen of Thomas Ligotti that has been filmed, and there is a link to view this creepy 20 minute film below.

Wonder Entertainment released a special collector’s edition of Thomas Ligotti’s short story “The Frolic” in a book that comes bundled with a DVD — a 24 minute adaptation of that story directed by Jacob Cooney. Get it soon, because this product is limited to 1000 copies, and there are signed editions available. Remarkably, this is the very first cinematic adaptation of Ligotti’s work — and I must say, it’s an excellent treatment, co-scripted by Ligotti himself, intensely directed, and well-acted.
In my Goreletter reviews, I try to shine light on (mostly independent) “print” books because I feel that other media already get plenty of press and attention. At first I didn’t want to review The Frolic here because it is a new film, but the truth is this edition is more of a multimedia “story event” than your usual DVD release. Here you’ll get a full-blown celebration of the short story in a perfect-bound paperback which features not only a “newly revised version” of “The Frolic” (which originally appeared in Ligotti’s first collection, Songs of a Dead Dreamer), but also an eyebrow-raising introduction by the author, the complete screenplay for the adaptation by Ligotti and his screenwriting partner Brandon Trenz, and also enlightening interviews with everyone involved with the production of the film. Indeed, the book is everything that would normally appear on a “special features” section of an ordinary DVD, but here the printed word is so well-respected that it truly celebrates Ligotti’s mastery as a storyteller above all.
In a nutshell, the short story itself is about the chilling effect a child killer named “John Doe” has had on his prison house psychologist, David Munck. The killer, who justifies his actions by claiming he steals children away to some unearthly place so they can “frolic” together, disturbs Munck at the core, chipping away at his “objective” scientific worldview and replacing it with the supernatural. This foments into sheer terror when Doe refers to a “Colleen” during an interview — a name that sounds a lot like his own daughter’s, “Noreen,” a name Doe couldn’t possibly know. Ligotti does a masterful job of fracturing Munck’s world, from his faith in science and his career to his family relations, and much of the horror of the story comes from its inevitable, unstoppable conclusion.
Read More from Gorelets Here

Though I would recommend reading the story before viewing the movie, which is available online here, but remember my warning, ‘The Frolic’ is not for the faint of heart -
The Frolic - short film from Jacob Cooney on Vimeo.

And here’s a documentary detailing the making of The Frolic

And finally a reminder, it's all a flat circle folks, we hope you have a safe ride