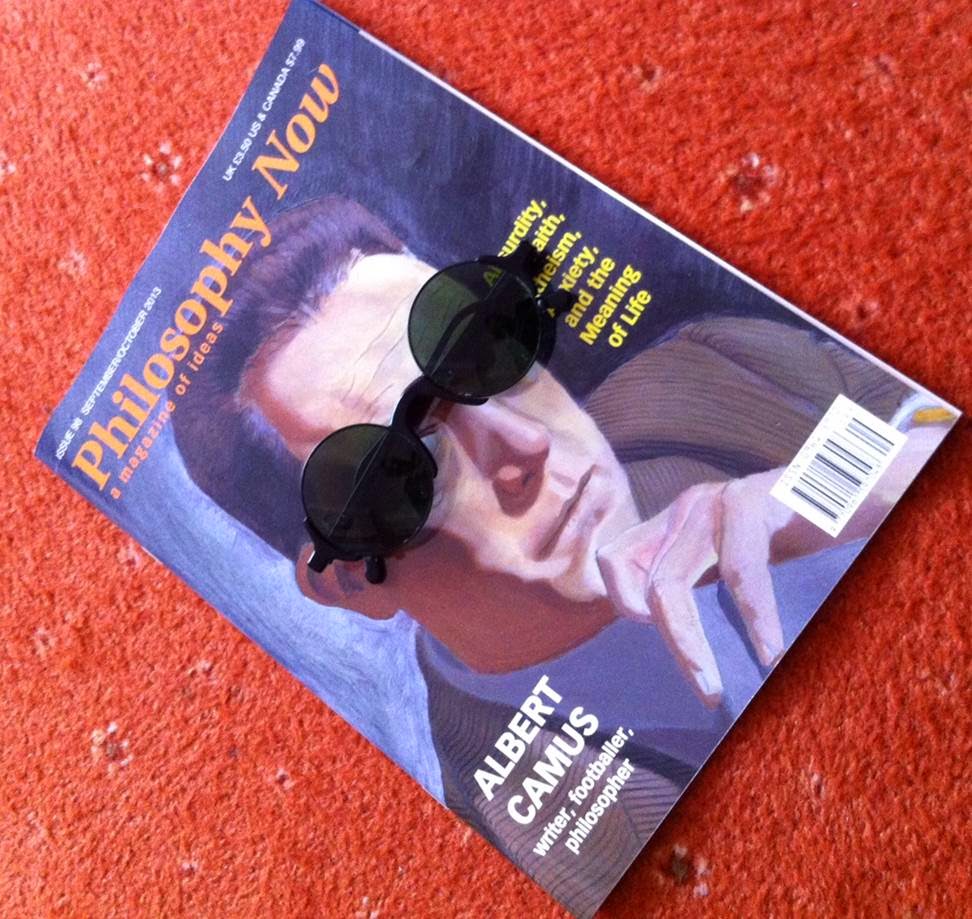 Graham Greene once stated that

"Writing is a form of therapy; sometimes I wonder how all those who do not write, compose or paint can manage to escape the madness, melancholia, the panic and fear which is inherent in a human situation."

I admire the life and work of Albert Camus, and share much of his way of thinking, which I later learned possibly relates to the similarities of our experience; his being of a 'French / Colonial Algerian background', while I came from 'British / Colonial Indian background'.

Therefore our thinking would always be from the perspective of that of an "Outsider", a "Stranger" if you will. In primary school, when we studied French, we were all given a French name [tagged onto a badge on our blazer lapels], as we had to speak in French for the duration of the lessons. It was a name similar to our own, so Philip became Philippe, Peter became Pierre and Ali became 'Albert'. Our French teacher, who was from Marseille, was a very kind woman. She explained that she thought of me as her little "Albert Camus". I didn't know who this Camus bloke was then. So for a while, 'Albert' became one of many of my nicknames or 'Cassius' [after Cassius Clay, the boxer], and a more pleasant one, than some of the other names I was called, mostly related negatively to my skin colour, which was different to the others around me.

Being a child, and 'different', is very tough, but now, in my fifties, I realize it made me understand much more about this reality, than if I fitted into the class like the rest of the sea of white faces, now faded into the sepia, that colours our memories of days now passed.

I only understood the significance of the nickname, Albert [pronounced 'Al-bear'] years later as I read Albert Camus, and grappled with the thoughts and writings of this Goalkeeper, Writer and Thinker. 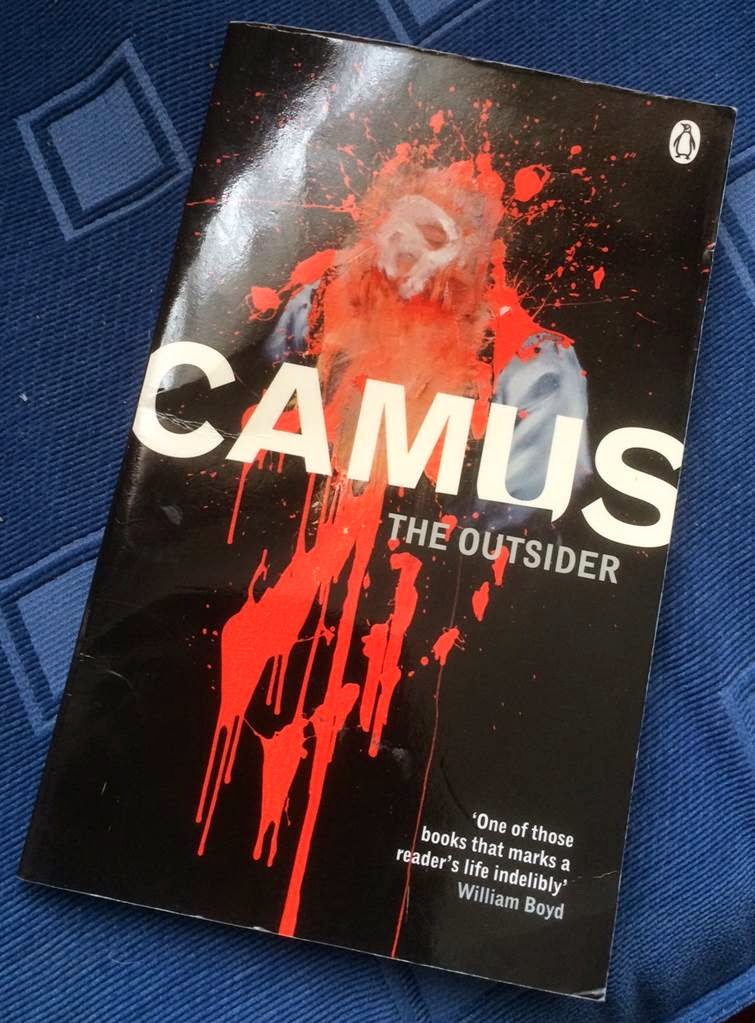 I owe a debt to my French teacher for making me seek out who this Albert Camus bloke was, and flattered that she thought that the little boy who sat quietly in the back of the class alone, was her little 'Albear', a boy who didn't say much for fear of ridicule by some unpleasant members of class who enjoyed poking fun at 'the stranger' and hitting him; the boy who was different to everyone else, the boy who hid behind his books for protection; the boy who immersed himself in reading, trying to come to terms with the situation he found himself in - a stranger in a strange land.

Albert Camus' writing and thinking expanded my way of living with my deep consciousness, and therefore altered my thinking over the years.

I admire people [in my case, writers] who have the ability to alter your cognitive process, to challenge your conditioning, to make you grapple and come to terms with the fact that 'all is not as it seems', because often as children, we are conditioned into thinking in a particular way. To alter the neural pathways, one has to have read, and grappled with the concepts and ideas of those gifted with the ability to decipher what I term 'the situation', the place we find ourselves in, trapped on this rock in 'space / time'. It is thanks to those [the writers, the thinkers] who can examine 'the situation' via deep cognitive thought, and elude to it being nothing but a 'probability cloud' in a reality as random, as it is perhaps manipulated.

The manipulation and artifice around us, may not be all bad, for some people it helps manages the anxiety that this place creates, a situation held together by thought and mathematics, and managed by the ability to realize the grand absurdity of it all, and therefore to laugh in the face of the randomness, that is our lives.

Some people cannot live comfortably when confronted with their lives being either meaningless, or random, and with little or no control, for it can be interpreted only as a cloud of probability, which like a raging sea, can turn malevolent. It would be a digression too far, if I debate the lucidity of my growing belief that free will is an illusion we have created cognitively, to help comfort us, from understanding that perhaps our lives hold no purpose, or meaning when contrasted against the cosmic scale of events, which we too have turned into an illusion, we term "time" as a "flow", instead of what it now appears to be. 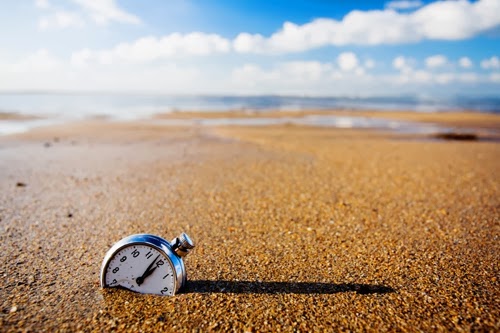 I'm smiling as I ponder, if you are enjoying my cut-back on posts on FB, the expressing of my views, and of my thoughts, of just another conscious observer of 'the situation' I find myself in. I say this in the manner of one who revels in the absurd. It often takes a goal-keeper to do this, as like Camus, the goal-keeper, he spends an inordinate amount of time watching, waiting, observing, and above all else thinking. 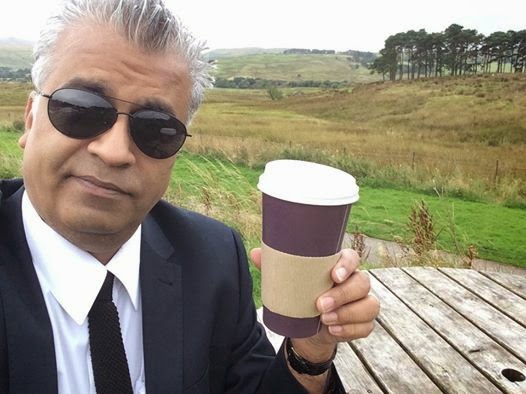 Without observation, and then the interpretation of the signals ['thinking / cognition'] there can be no reality, nor can one prepare for when the ball is fired in our direction. Reality is not solid, and it is not singular, but plural, depending on the context that you pull it from.

Is it no wonder I became an avid reader of crime / mystery fiction, because sometimes I view this reality, this 'situation' or cloud of probability, as a mystery, and due to the dark side of human nature, sometimes a crime. Though the comfort of crime / mystery fiction we get a break from the random nature of reality, and build a cocoon, a blanket, a delusion, that we have and can exert control; when the reality is we're just protecting the goal, watching and observing, thinking - for when the ball comes at us, we need to stop it hitting the netting behind us.

Here's a documentary that is as insightful as it is interesting, about the man we know of as Albert Camus, always the Outsider, the Goalkeeper observing reality from the edge of the stadium, alone and protecting the goal - The Stranger, the man with a past that was as Colonial as it was introspective.

Remember, when reality turns malevolent, relax and understand the absurdity of it all and that you are not alone, for we are all strangers clinging to the belief that we have significance in this place, because it is hard to face the thought that perhaps we have not. 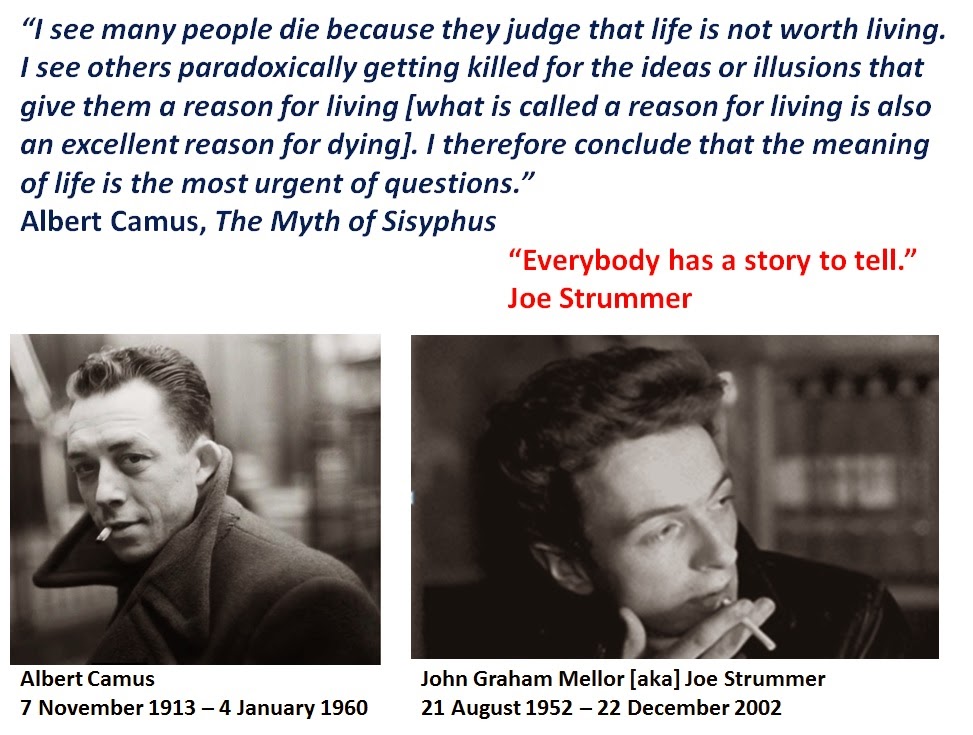 I've left a few words [above] from two blokes I admire, one shares my birthday and rocked the Casaba, the other bloke [amongst others] taught me to think in an existential manner.

They both could be the same person; so did Strummer pose his image to look like Camus, or did Camus create Strummer's image by his thoughts and writings, affecting Strummer when he read them?

When I see the link between 'belief systems' and 'death', the question of 'meaning' and 'purpose' come to mind, as does the role of 'cognitive delusion' we deploy in our thinking, as well as what others have indoctrinated into us, and the media present to us a possible reality?

As the "world" continues to perplex us, due to the insanity of humanity, and the random nature of 'this place', 'this rock' we appear to inhabit, some of us understand that elements of the delusions that we are told, or believe in, are manufactured, coping mechanisms, or reasons to live, and of course reasons to die.

Both the will to live, as well as the will to die are equally valid, as is the coping mechanism we call writing and reading. I view the process of writing as the 'legitimization of thinking / cognition', and a method we have to prove we were here. 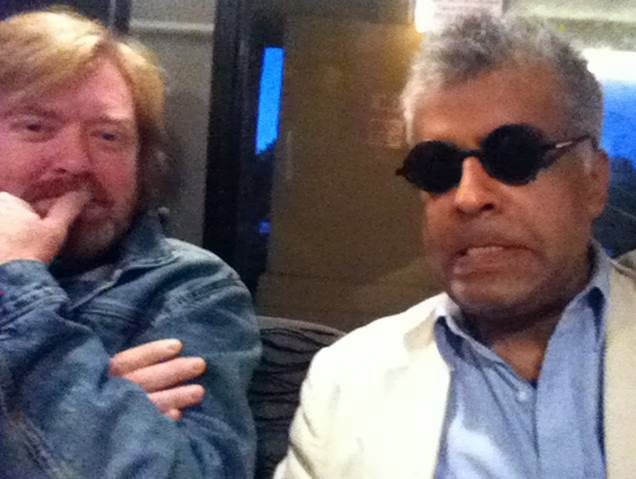 The caveman scrawled animal fat and minerals on the cave walls, to prove they existed, but also the start of distractions, depictions, illusions of reality, and 'the arts' were formed.

Reading is more interesting. I consider the act of reading as the pursuit to find out if our own thinking is aligned to the reality we perceive via our holographic consciousness, created by our cranial apparatus, the method we diffract our sensory inputs through our mood, our experiences, our prejudices and urges.

It is also useful to give us the illusion of control in a reality that is random and far from benign - a distraction.

But I could be wrong as it is difficult and takes effort to fight your programming, and discriminate all that is 'delusion' from all that is 'real', when artifice merges the two. What makes it worse is we lie to ourselves and are complicit in creating our interpretation of what we believe 'this' all is.

For some ignorance is bliss, as deep thinking and exploring the edges of your consciousness is hard work. I do a great deal of thinking while driving, as well as my bouts of solitude when I explore my mind, and my observations of 'this place'.

At the close of Planet of the Apes, Dr Zaius said to Taylor [Charlton Heston] as he headed off with his mate Nova into the Forbidden Zone "Don't look for it, Taylor. You may not like what you find"

My belief is that in the end it's all absurd, so we need to cloud our mind, our consciousness with laughter, humour, family and companionship. These are my coping mechanisms, my will to live.

So may I wish you good cheer, and remember your companionship is something I value highly, as you all make me think, for without cognition, we're just another lump of meat consuming and scratching our skins in order to prove we exist. 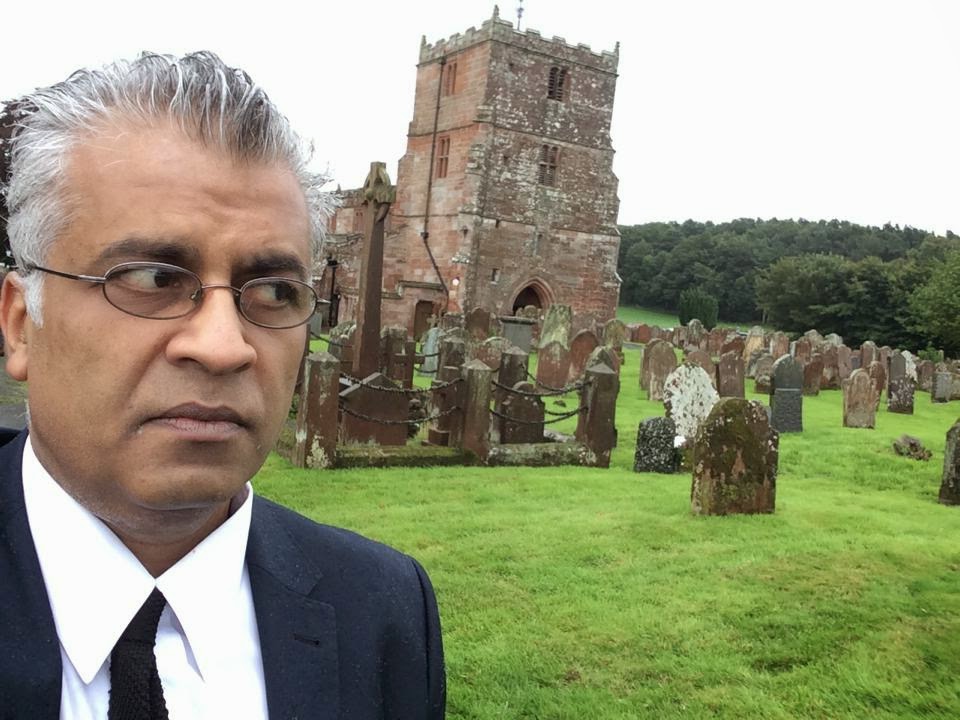