1,000 Must Read Crime Novels from The Observer 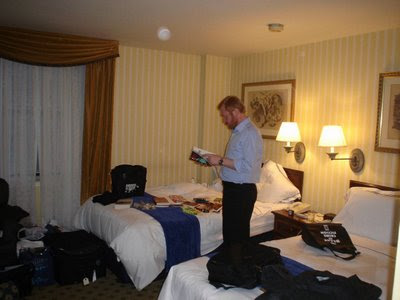 The Observer is Britain’s Sunday edition of The Guardian which I read regularly, so I was delighted to find a wonderful supplement devoted to Crime Fiction, listing 1000 crime fiction novels that their editorial staff denote as ‘Must Reads’. The supplement with other crime fiction related materials is available online here

The supplement has a fine if somewhat esoteric introduction –

"When I heard 'Humpty Dumpty Sat on the Wall' at an early age," PD James once said, "I thought 'did he fall or was he pushed?'" The classic mystery story is about a crime already committed, a past event the investigation has to reconstruct. A thriller involves a future threat to Humpty — an enemy's plan must be stopped. A thriller's thrills are frequent, whereas a crime writer can get away with one corpse. It's obvious which genres the Agatha Christie whodunnit and the 007 spy novel belong to, but between them are sub-genres — courtroom duel, psychological thriller, suspense novel, crime caper, criminal-centred fiction — not so easily classified. Part two of this seven-part series tries to reflect as much of the crime spectrum as possible, as well as the regularity with which literary novelists have made evildoers their theme. The difference? The latter break genre rules, typically eliminating the hero who solves or prevents crime. And they usually write more stylishly; but the recent rise of the literary crime fiction epitomised by PD James has made that distinction less clear.

This supplement is a wonderful cornucopia of essays and insight. It begins with crime-writer Nicolas Blincoe’s assessment of Agatha Christie – of which he picks his best

The woman who would, one day, be known to practically no one as Lady Mallowan was born 10 years before the beginning of the 20th century, the unexpected and final child of F Alvah Miller, a wealthy American financier. Guess who? This is not the most obvious introduction to Agatha Christie, though it is true that her second husband, archaeologist Sir Max Mallowan, was knighted in 1968, three years before Christie received her DBE. Christie's style, of course, managed to be both misleading and illuminating. The more pertinent of the facts above are that she was a young writer when the century itself was young, and that her bright and breezy style is at least half-American. Christie fills her novels with archetypal English ornaments and trappings, skilfully disguising her debt to popular American writing - a trick perfected by her near-contemporary PG Wodehouse. Christie and Wodehouse were both first published in America, though Christie was sufficiently out of touch with American politics to believe that Ten Little Niggers was a suitable title for a novel. The Saturday Evening Post changed the name to And Then There Were None on pre-publication serialisation in 1939. Read More

The Guardian’s Thriller Critic, Matthew Lewin looks at the Hard-Boiled settling on the two James’ – Lee Burke and Ellroy –

The novels of James Lee Burke and James Ellroy are about as far as you can get from English country house murders and studious police inspectors. But they are removed too from the earlier tradition of hardboiled writers such as Mickey Spillane and Dashiell Hammett. There is a fury and desperation in this new writing that touches on the violence and depravity of our time as well as the grace and beauty of the best in human nature and the physical world.

James Lee Burke emerged from a long barren period (one novel was rejected 111 times) when he wrote The Neon Rain, the first of the enormously successful series featuring Cajun detective Dave Robicheaux and the Louisiana landscape. His style is intensely lyrical, even elegiac, and he has a unique ability to let his readers feel, vicariously, the sights and sounds and smells and gathering storm clouds of his beloved New Iberia parish. Robicheaux is complicated and troubled, often unsteady in a world of shifting morality, and he shares with his creator a history of alcoholism.

James Ellroy's career as the "demon dog of US crime writers" was kickstarted by the unsolved murder of his own mother in 1958, an event that has underpinned his life and his writing. He has suffered clinical depression, alcoholism, homelessness and had more than a passing acquaintance with crime before he found, in writing, a rather more productive way of venting his anger and relentless pessimism. His writing style is often fragmented and staccato with an almost telegraphic simplicity, but the plots are complex and almost all deal with the uncomfortable closeness of crime and policemen.

On the cover of my old paperback of The Spy Who Came in From the Cold is a quotation from JB Priestley's review: "Superbly constructed with an atmosphere of chilly hell." Both are true of one of the greatest spy novels ever written and the book with which the little-known young Le Carré, who had himself served in MI5 and was working for MI6 at the time of publication, superseded Eric Ambler, the author who had revolutionised spy fiction in the late 30s.

Andrew Lycett, looks at Sir Arthur Conan-Doyle – which is apt as he has an eye for writers and creations who have reached societies zeitgeist.

Arthur Conan Doyle alighted on the modern detective novel in haphazard fashion. As a young doctor, he juggled medicine and literature. When not attending patients, he turned out stories, often with a fashionable supernatural theme, for magazines such as the Cornhill.

After marrying in 1886, he felt he needed his name on the back of a volume. So, studying the market, he opted for crime fiction - combining the sensationalism of Wilkie Collins with the sort of solo detective who had been attempted by Edgar Allan Poe (Dupin) and Émile Gaboriau (Lecoq). As Kate Summerscale showed in The Suspicions of Mr Whicher, the spectre of crime was looming. Conan Doyle added his own ingredient: a consulting detective who used empirical reasoning to solve crimes. A mixture of questing individualism and science: what could be more late Victorian?

His first effort, A Study in Scarlet, combined two yarns - a murder in London and a romance in Mormon Utah - in a thinnish revenge plot. Its USP was characterisation: the brilliant, laconic detective Sherlock Holmes forming an engaging double act with his dim flatmate Dr Watson. Additional story ingredients such as detail, atmosphere and tension were spot-on.

Readers generally don't need to be detectives to work out where a crime writer comes from: the author of a Chicago-based series tends to hail from the Windy City, and so on. But in this, as in many other aspects of crime fiction, Michael Dibdin (1947-2007) was exceptional. Educated in Ireland and resident in Oxford and then Seattle, he set most of his novels in Italy, the vividly imagined homeland of the detective Aurelio Zen, whom he followed through 11 books that extended the geographical reach and literary quality of British crime fiction.

The series began with Ratking, which introduced a sleuth who, even by the standards of British fictional contemporaries Inspectors Morse and Rebus, was gloomy and self-loathing, increasingly uncertain that he should ever have become a policeman.

This mirrored Dibdin's own ambivalence about being in the crime section of the bookshops - one of his non-Zen novels was a vicious parody of an Agatha Christie novel - and, as the sequence progressed, he began to give less attention to ingenious puzzles and solutions and focused more on the true glories of the Zen stories: a sensual feel for both the positive and negative aspects of Italian culture; the beauties of the landscape, art and food and the ugliness of the politics and gangsterism.

The first we hear of Mr Sherlock Holmes in A Study in Scarlet, he is reported to be beating corpses with a stick, to study the effects of bruising after death. After sharing rooms with him for a short time, Watson draws up a list of his roommate's very obvious failings: "1. Knowledge of Literature - Nil." Ditto his knowledge of philosophy and most other subjects. In his favour, Watson admits that he "Plays the violin well" and has an immense knowledge of "Sensational Literature". Holmes's apparent unsuitability for his role makes him the paragon of the unlikely detective.

Journalist Alison Flood looks at the sharp end of crime-fiction – The books most stolen from Bookshops.

Then the serious stuff of listing the 1,000 must read novels starts and due to size is split into three sections -

On the positive front; any article that promotes reading, debate and insight, especially in the crime and thriller fiction genre is to be encouraged - Thank you Observer
Posted by Ali Karim at 7:40 AM