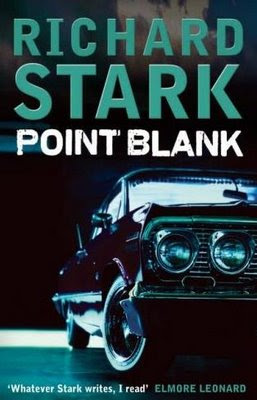 I have been feeling depressed lately, what with the end of the winter holiday, the continual bad news about the global economy, war in Gaza, and the terrible news about the passing of Donald Westlake taking their toll on my sanity and worldview of reality.

Today I feel a little better reading the outpouring from Westlake’s peers about what his work meant to them. I must thank Cameron Hughes and Jeff Pierce at The Rap Sheet for asking me to contribute to the Donald Westlake tribute. Part One and Part Two of the tribute can be accessed here. The comments at The Rap Sheet make for an excellent 21 gun salute to one of the greatest exponents of crime fiction. A fitting farewell to the creator of Parker, often imitated but never matched.

I have always been fascinated by Richard Stark and his Parker books which remain one of my all time favourite novels of the existential end of the crime fiction genre. Due to my love of the work of Stephen King; I was delighted in 1989 when King published ‘The Dark Half’ as it was a homage to Stark / Westlake. Westlake when quizzed about the Stark pen-name for the University of Chicago said -

With the novels, Westlake had a contract to do a book a year for Random House, so if I added a second publisher I would need a second name. By the time Tucker Coe came along, both Westlake and Stark had some reputation of their own, and an emotionally-grieving disgraced ex-cop, an open wound, didn’t belong to either of them.

Some years later, I had reached that point known by a lot of writers: What if I were starting now? In this changed market, would I succeed? So I tested the waters the same way Stephen King did with his Richard Bachman novels: throw it out there under cover of darkness, and see what happens. That’s where Samuel Holt came from. (King told me once that, when his agent said they absolutely needed the pen name now because they were printing the cover, he was reading a Richard Stark and listening to Bachman-Turner Overdrive. It really is all incestuous.)

“Donald Westlake’s Parker novels are among the small number of books I read over and over. Forget all that crap you’ve been telling yourself about War and Peace and Proust—these are the books you’ll want on that desert island.”

Richard Stark and Parker will be missed and thanks to Quercus and the University of Chicago press for bringing his back his adventures back into print. Donald Westlake’s work will run forever.
Posted by Ali Karim at 8:49 AM