Dennis Lehane on Robert B Parker 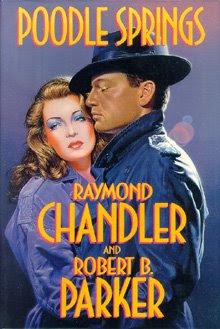 There are numerous celebrations of the life of Robert B Parker in newsprint and the web. Suffice it to say, he influenced many writers of crime fiction, specifically PI Fiction with his Spenser and Hawk series. I read many of his novels, including Poodle Springs, the Chandler work and have to state that Robert B Parker was a legend to many of us.

I will leave the last post to fellow Boston writer Dennis Lehane -
“He cast an enormous shadow over all of us, and that gets obscured because of how ridiculously successful he was, ” said Lehane in a WBUR interview on Tuesday. “He was the king of Boston. We were all kind of princes at best.”

Lehane followed in Parker’s footsteps with his own Boston-based crime fiction, including novels such as “Mystic River.” Lehane says the hero of Parker’s three dozen “Spenser” books, the uniquely tough private investigator, changed the way private eyes were featured in fiction. Parker created a character who was tough and fearless but also sensitive, well-read and devoted to his longtime girlfriend.

“There was private eye fiction before Parker and private eye fiction after Parker,” said Lehane. “And you can literally split it into those sort of epochs. It’s BP and AP.”
According to Lehane, Parker also revolutionized the genre by incorporating topical issues and humor.

“He was really, really funny, and that was huge,” said Lehane. “For me and my friends, who were 12, 13, 14, to pass those books around because they were so hard to find. It was all about that Boston sense of humor.”

Lehane says he used to haunt old bookstores to find Parker’s fiction, and met the late author at a book signing when Lehane was 19.

“I still have a vision of him crossing Cambridge St. towards the store,” said Lehane, “and being, ‘that’s Robert. B Parker.’”

Read and Listen to Dennis Lehane talking about Robert B Parker here from wburg.org
Posted by Ali Karim at 9:15 AM