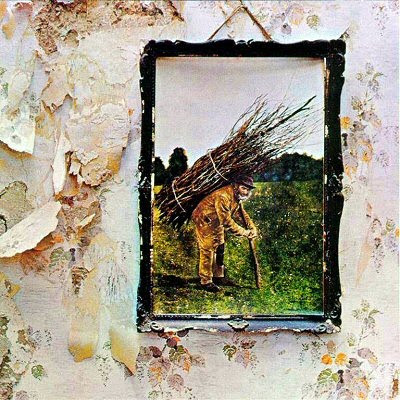 I was most jealous when Thriller Writer and Wall Street Journal’s Rock Music correspondent Jim Fusilli got to see Led Zeppelin’s reunion concert in London in 2007, in memory of the courtly, influential co-founder and head of Atlantic Records - Ahmet Ertegun –

Filling his father's shoes is asking a lot of Jason Bonham. Not only was John Bonham an inventive and powerful drummer, but his interplay with Mr. Page's guitar lines is as responsible for the band's singularity as its musical wanderlust and Mr. Plant's bluesy, helium-like vocals. That often-intense interaction gave Zeppelin's live shows the possibility of surpassing their recorded music.
Jason Bonham's, and the band's, battle plan Monday was immediately apparent.

They played old Led Zeppelin tunes with incredible raw power, allowing for invention within familiar structures -- and sometimes not-so-familiar ones: The band rarely resisted an opportunity to push the songs, bending arrangements with sheer force and volume. They reworked several numbers -- subtly, to accommodate and exploit Mr. Bonham's gifts -- and played one tune, "For Your Life" (from the album "Presence"), that they'd never performed in concert before. For a band that hasn't been on stage together in almost 20 years -- and almost a decade more than that for a full performance -- Led Zeppelin was as tight as a rock group could be. Its members mixed their brand of rock and metal with an authority that suggested they still might be the best rock band in the world.

To celebrate the release of Royal Mail’s new Rock n’ Roll postage stamps, Jimmy Page of Led Zeppelin has been doing the interview rounds. Page is open about the musical aspects of his time with Zeppelin and talk was that he wanted a reformation following the one-off gig in 2007.

But when it comes to talk about the darker side of Led Zeppelin, Page is far more coy as reported in The Times -

If Page is ever irked by the speculation concerning this side of the Zep he surely can’t find it surprising. During the 1970s he famously became something of a scholar of the life and work of “wickedest man in the world”, Aleister Crowley, extending to Page owning an occultist book shop and buying the Great Beast’s manor, Boleskine House, on the shores of Loch Ness (he sold it in the early 1990s). Does he still have such an interest in, shall we say, magick? “Well, I’d prefer not to talk about it, really.” It’s hard to tell if the question affronts him, but it feels as though he half-expects it.

Crowley’s credos of self-liberation, not least via sex and drugs, fitted well with Page’s rock-star existence and the level of success the band experienced. Stories of the band’s groupie-tastic, coke-fuelled, booze-binging exploits on tour have captivated the imagination of rock fans ever since. If their excess wasn’t really anything their peers weren’t doing too, then Led Zeppelin’s imperious, untouchable manner, their private jet, the accompanying chaos set them apart, evoking to this day the ultimate rock-stars-on-the-road fantasy. Anecdotes concerning Page being served on a room-service trolley to a room of nubile young women sound like any lusty young man’s dream. But Page has never and won’t substantiate — or deny, it should be said — any of the wild tales.
“The tours took a lot ... well, did it take a lot out of me? I don’t know whether it did. It gave as much to me as it took out,” he says. “It was like being on a permanent adrenalin drip, d’you know what I mean?” Playing live, at least, was “to be right on the edge of the moment”.

Indeed, by 1973, on stage Page was a marvel to behold, whipping himself into rock-star poses as he improvised virtuoso solos with tireless, sweat-pouring intensity, even employing a violin bow drawn over his Gibson Les Paul guitar strings to create eerie, ear-bleeding effects. His costumes became more flamboyant, embroidered with glittery moon and stars, poppies and dragons. Today, they are very much part of rock iconography — I wonder if he still has the famous suits. “Yes I do. Oh, yeah! Carefully stored. The only thing is I’ll never get in ’em again! I think the waist on them is 26in. Absolutely ridiculous!”

What does he make of the rock biographies, such as Stephen Davis’s infamously salacious Hammer of the Gods or, most recently, Wall’s “definitive” tome? “I don’t actually read them, I just hear about them from other people. I did see Wall the other day at one of those award ceremonies and I just told him: ‘I wanted you to know I’m writing a book on Mick Wall . . .’ ”

As we linger on this stuff, though, his sense of humour starts to desert him. The mood darkens as I get on to the subject of the bad energy and harder drugs that crept into the Zeppelin picture in the late 1970s, when Page became near-skeletal in appearance and the Zep juggernaut was shaken by a chain of tragedies, including the death of Plant’s five-year-old son Karac from a viral infection.

Sidestepping any facts, Page offers instead an irritated broadside at biographers perpetuating a lurid fascination with the bad stuff: “Wall’s just writing a book designed to cash in on something he didn’t have anything to do with. He wasn’t a creative force in Led Zep. I’m at something of a disadvantage because I haven’t chosen to read that book, but I hear it’s totally distorted from people who do know about Led Zeppelin.”

But doesn’t he accept that people are interested in the darker side of the Zep legend? “In this day and age there is a sensation that people feed off — towards that aspect of things — with a voracious appetite. It’ll be interesting to see what’s more important at the end of the day — the salacious gossip or the music. I know what I went into it for in the first place. What’s important about Led Zeppelin is the music.”

By now I feel that my questions are starting to goad him — an inquiry into the possible direction the next Zep album might have taken had Bonham not died is met, quick as a flash, with a curt: “I don’t know because we didn’t do it.” He is far more voluble about that 2007 Zeppelin reunion gig, reserving special praise for Jason Bonham, who played in the drum stool vacated by his late father. “It’s great that we did it. I look back on that night with a great amount of fondness, but Jason was the hero. For me that gig was about him.”

I was pleased to see that Royal Mail has picked some other Existential Rock Albums such as Pink Floyd’s Division Bell and Mike Oldfield’s Tubular Bells among others to sit side-by-side with Led Zeppelin IV. Incidentally many people don’t realize it was thanks to the William Friedkin’s The Exorcist that Mike Oldfield’s Tubular Bells [which featured on the soundtrack] became a huge seller in the 1970’s and it was one of the first albums released under Richard Branson’s Virgin Label. In fact with [a little help from] The Exorcist; one could speculate that Branson’s business empire had a little help from the darkside too.

Read More from The Independent on which iconic British Rock albums have been turned into Royal Mail stamps.
Posted by Ali Karim at 3:02 AM