Martina is UK's No 1 Author [again] 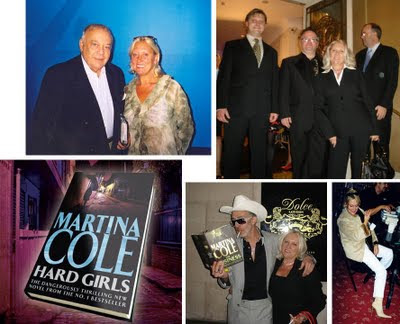 So who could take on Dan Brown’s position sitting at No 1 in the UK Fiction hardcover book charts? Well others have tried and failed, but I am pleased to announce that it takes Martina Cole’s HARD GIRLS to knock off Brown’s The Lost Symbol as reported by The Bookseller today –

One of the biggest selling crime writers in the UK is Martina Cole, but she hasn’t become the staple of the bestseller charts overnight. Martina came from very humble beginnings and has worked hard all her life raising her son and writing urban thrillers which have attracted a loyal following. Martina Cole is even busier working back on TV with ‘Martina Cole’s Lady Killers’ as well as the ‘Martina Cole’s Girl Gangs’

Last year I enjoyed celebrating Martina’s success at the launch of ‘The Business’ at Dolce in London’s West End and look forward to her new book Hard Girls, which by knocking off Dan Brown shows how popular she’s become.

I’ve known Martina for many years, and if you are intrigued by the photo I took of her with screen legend Herbert Lom at the top of the post - then click here to read how Britain’s biggest crime writer met Inspector Clouseau’s boss - Chief Insp. Charles LaRousse Dreyfus .

If you’ve never read Martina Cole, you’ve got a lot of great reading ahead of you because when it comes to tough urban thrillers with a heart – Martina Cole is The Business.

Photo © Ali Karim [Clockwise Martina with her son and Barry Ryan entering the ITV3 CWA Dagger Awards, with Herbert Lom at Crimescene 2002, with cool shoes at Dead-on-Deansgate and with Larry Love of Alabama-3 in London 2008]
Posted by Ali Karim at 8:44 AM No comments: 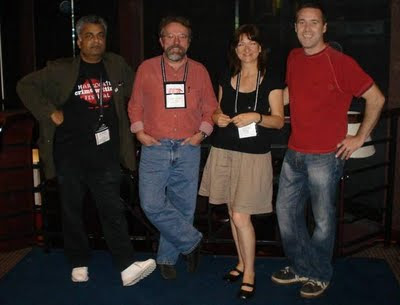 As the wind tears off the autumn leaves summoning up the chill of winter; I always find myself reflecting upon some of the novels that have made me stop and think about life during the year. I always enjoy contributing to January Magazine’s best of Crime Fiction lists which I have done for many years now.

The capsule reviews by January Magazine and The Rap Sheet form an excellent resource to help readers select the “best of the best” from the pool of reviewers. Editors and Writers Linda Richards and Jeff Peirce work tirelessly in keeping January Magazine and The Rap Sheet continually updated and brimming with information. I am glad to call them friends, as well as colleagues.
The photo is taken from Bouchercon Baltimore 2008 [Left to Right Ali Karim, Jeff Pierce, Linda Richards and Declan Burke].

Listings of the “best of the best” in the book world are especially crucial today due to the economic situation which is damaging publishing. One should really try to buy books as festive gifts, not only to support writers, editors and publishers and all those people who work in the industry including booksellers, distributors etc – But crucially to get people to read books. Reading is far more important than many people realise.

Here’s some links to January Magazine’s resource, and you’ll find most of the books listed are available in paperback – so go on, make someone’s day – buy them a book, for which Crime Fiction and Thrillers can kick start someone reading again. 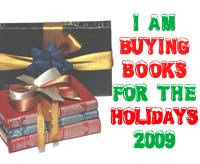 Out of the 2009 gate, a tad premature but still welcome are Amazon’s top reads from their 100 editors as well as Publisher’s Weekly best of 2009 so as the weather becomes as chilly as the economy -
Remember to buy books for festive presents
Posted by Ali Karim at 11:02 AM No comments: