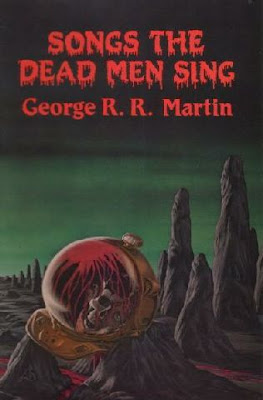 One of my favourite novellas is ‘Sandkings’ by George RR Martin, so I was upset with this sad news as reported by Locus that Martin’s literary agent passed away -
Legendary literary agent Ralph Vicinanza, 60, died without warning in his sleep on September 25, 2010 at his home in Old Brookville NY, from what was apparently a cerebral aneurysm. For over two decades, Vicinanza earned worldwide recognition for his vision in opening the international marketplace for US authors, predominantly in the science fiction and fantasy genres.

Born August 8, 1950 and raised in the Bronx, Vincinanza graduated from DeWitt Clinton High School and later studied at Fordham University, graduating from City College of New York. He started out in publishing at the Scott Meredith Agency, working with authors including Norman Mailer, Carl Sagan, and Philip K. Dick, and quickly became known as “Mr. Foreign Rights” for his work in creating a global marketplace for American books. He opened the Ralph M. Vicinanza Ltd. agency in 1987, and was soon working with an ever-expanding roster of names: Stephen King, Robert Heinlein, Frank Herbert, George R.R. Martin, Terry Pratchett, Kim Stanley Robinson, Robert Silverberg, Connie Willis, Robin Hobb, to name a few.
Posted by Ali Karim at 1:08 AM No comments: