Anyone know the way to Shell Beach? 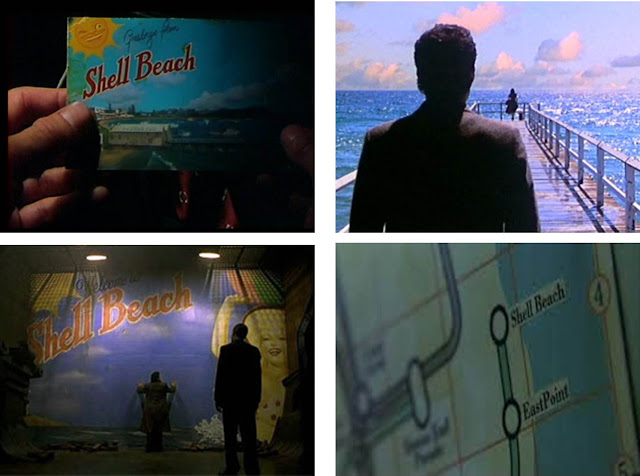 I was recently reading that there are plans to remake the Wachowski brother’s 1999 movie THE MATRIX, and then I learned that Martin Scorsese’s film adaptation of Dennis Lehane’s novel Shutter Island is being adapted into a TV series. The recent HBO reboot / reworking of the Michael Crichton 1973 directorial debut Westworld was a remarkable piece of work, and proved hugely popular commercially despite its immense cost. What these works share in common is their interpretation of what we perceive as our reality; something that most of us ponder upon from time to time, as well as the purpose and reason for our ‘being’ here on the third rock from our power source, our Sun.

My favourite sub-genre of film and books are those that questions what we perceive as reality, of which I have read many work as well as viewed many mind-bending films. Though The Matrix and its two sequels are probably the most commented upon; I still have very warm feelings toward three films that were released around the same time [before the Millennium], and mined similar themes - David Cronenberg’s 1999 eXistenz Josef Rusnak 1999’s The Thirteen Floor and of course my favourite Alex Proyas’ 1998 Dark City.

Though there are many, many others; but particular mention should be made of Stanislaw Lem’s novel Solaris which was first filmed by Andrei Tarkovsky in 1972 and remade / reworked in 2002 by James Cameron and Steven Soderbergh.

In the allegory, Plato likens people untutored in the Theory of Forms to prisoners chained in a cave, unable to turn their heads. All they can see is the wall of the cave. Behind them burns a fire.  Between the fire and the prisoners there is a parapet, along which puppeteers can walk. The puppeteers, who are behind the prisoners, hold up puppets that cast shadows on the wall of the cave. The prisoners are unable to see these puppets, the real objects that pass behind them. What the prisoners see and hear are shadows and echoes cast by objects that they do not see.

Anyone with a basic understanding of Chemistry, Physics and Mathematics will tell you that the world we perceive with our sensory apparatus is a mere fraction of what is actually around us. Advancement in technology is making us realise that there are many other aspects / forms within the reality that surrounds us; and which we cannot detect from our sensory apparatus - in the narrow bands of light, sound, taste, touch and smell that we use to navigate reality. In fact we also know that we are now creating our own realities virtually. In David Cronenberg’s 1999 film eXistenz, we see that the rabbit holes of interconnected realities is deep, for in each of our artificially created realities, the occupants create or engineer their own, and to quote Kurt Vonnegut ‘and so it goes’; layer upon layer of artificially created virtual realities. 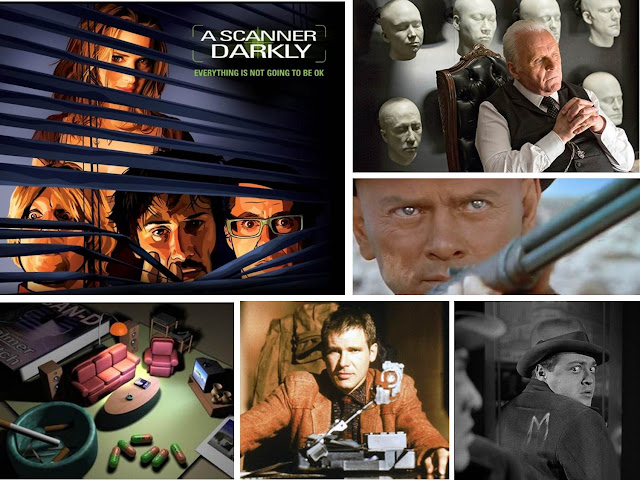 As the relentless march of technology and science marches on headlong, there are many reports coming that the reality we are experiencing is far from what we see around ourselves, for perhaps Plato’s Allegory of the Cave is correct. Reports that our reality is indeed a construct or a form of artifice is coming from credible sources, including these. There were interesting ripples in the scientific community when Dr. James Gates Jr explained that in his experiments in particle physics and string theory, he found a form of computer code; strings of One and Zeros called error correcting codes, embedded within, or resulting from, the equations of supersymmetry that describe fundamental particles.

When one works through Lord Martin Rees work, and that of Professor Nick Bostrom we see that the simulation argument has indeed merit, and that the chances are close to 100% that we are indeed trapped in a ‘construct’ akin to Plato’s Cave; in a simulation or reality that is a form of artifice. As troubling as this sounds; the reality of our situation has a paradoxical twist, for it matters little if we are in the Cave with much hidden from our senses, or to quote Peggy Lee’s question ‘Is that all there is?’ from the song penned by Jerry Leiber and Mike Stoller [which in turm was derived from the 1896 story Disillusionment [Enttäuschung] by Thomas Mann – used to great effect in John August’s 2007 film that also questioned the nature of our reality The Nines. 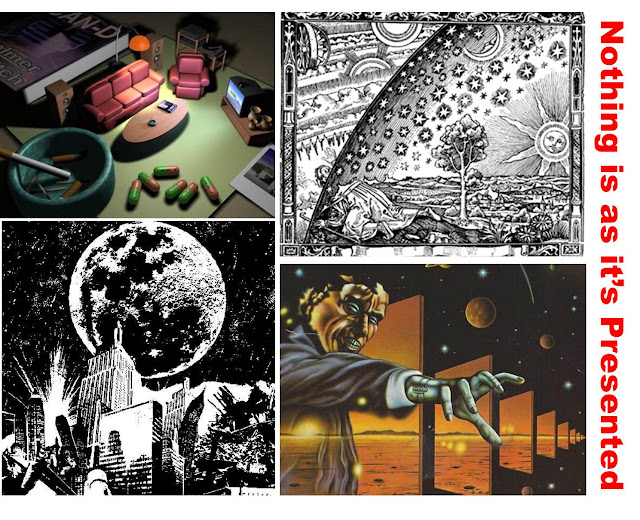 The march of technology may well further prove or disprove the veracity of our reality, as primitive man came from Caves, and we may soon discover that we are still cave dwellers, pursuing our lives with artificial meaning in the allegorical Cave that Plato proposed.

The scary downside is that the sheer scale of the weapons we are capable of manufacturing [with the march of technology] in these times, can appeal dangerously to the dark-side of human nature. We must also remember that the dark-side of our natures helped us evolve in the competitive games we term evolution, for without our dark-side we would never have survived predation – but today, in so-called civilised society, that dark-side has dangers when the scale of our weapons are now unspeakable.

So “reality is, what it is” and we have to navigate it as well as we can, but from time to time we see things that we cannot explain, things we put down to the randomness of our reality; coincidences as well as the vagaries of our skills in pattern recognition [another tool that is necessary for our evolution as a species].

Last year, when my editor and close friend Mike Stotter and I went to New Orleans for Bouchercon 2016, The World Crime and Mystery Convention, we had a wonderful time, shared with our friends from the genre we support. Though New Orleans has its own mysteries in its own right, and sure we drank a lot and partied however some things remain with me, things that made me think, made me ponder like seeing pixilation of reality, of glitches. I know many of us are cynical however, like that sensation of Déjà vu, it can also be unsettling.

One memory that makes me smile is related to a favourite film of mine. I often make reference to Alex Proyas’ 1998 Dark City as it a firm favourite. During Bouchercon 2016, Mike and I spent a wonderful evening with our friends Chris Whiteside and Martina Cole. Martina is one Great Britain’s most popular crime-writers and has been a very dear friend of Mike and I for many years. She is celebrating her 25th year in publishing and during Bouchercon, she generously treated Chris, Mike and I to a wonderful dinner and drinks at the Hotel Monteleone in New Orlean’s French Quarter. I know we consumed a great deal of Gin, but after a fabulous dinner I felt a little strange which I put down to the drinking but the feeling was more akin to Déjà vu, and I kept thinking of the film Dark City and the significance of this reality. I noticed that the bar-singer start a song that made me smile. It was the renowned Mexican song “Sway” and I quickly grabbed my Iphone to record it for the coincidental line with my thinking was perplexing.

The song ‘Sway’ features in Dark City, with Jennifer Connelly, though the vocal recording was actually with Anita Kelsey. I know it was coincidence that I was thinking about the Alex Proyas film while seated in the hotel bar in New Orleans, and maybe the ambience reminded me of that scene with William Hurt and Jennifer Connelly. Though coupled to a few other events / coincidences, the memory still makes me smile; as does the understanding that if we are indeed inside Plato’s Cave then there are some rules to make the experience worthwhile.

For those who have seen Dark City, may follow the significance of why Rufus Sewell’s character is searching for Shell Beach. It would not be until I returned to England that I discovered that Shell Beach is actually located not far from New Orleans, in Louisiana.

Perhaps next time I will find myself in New Orleans, I will indeed seek out Shell Beach, because I heard it's the end of the line.