In a Random Reality – You Never Can Tell 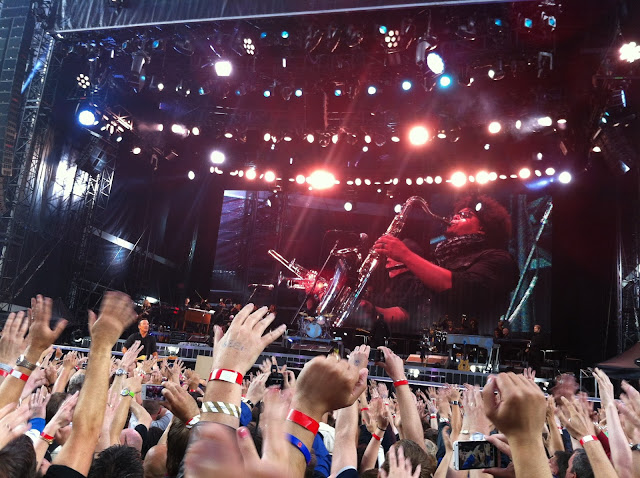 Back in my teenage years, I used to collect Bruce Springsteen bootlegs, live radio broadcasts, concerts, I even had his telephone voicemail message. One of my favourite bootleg recordings came from his 1974 legendary concert at the Agora Ballrooms, , with the masterful cover version of Chuck Berry’s You Never Can Tell

I’ve always loved the central theme, of young love and unexpected domestic bliss from an unlikely couple starting a life together, and surprising their peers. However, this simple tale has a deeper context, one that speculates that existing in a random reality, anything can happen because ‘you never can tell’ - as the old folks in France postulate with their phrase ‘Cest La Vie’ or such is life – an existential message if ever I saw one; and one that is life-affirming.

"You Never Can Tell" is also occasionally referred to as "C'est La Vie" and "Teenage Wedding", is a rock and roll song originally composed a preformed by Chuck Berry. It was written while he was in prison for intent to commit a sex crime. The song was originally released in 1964 on the album St. Louis to Liverpool, and has also been recorded or performed by Chely Wright, John Prine, New Riders of the Purple Sage, the Jerry Garcia Band, Bruce Springsteen, Bob Seger and Emmylou Harris.

"You Never Can Tell" by Chuck Berry

It was a teenage wedding,
and the old folks wished them well
You could see that
did truly love the mademoiselle
And now the young monsieur
and madame have rung the chapel bell,
"C'est la vie", say the old folks,
it goes to show you never can tell

They furnished off an apartment
with a two room Roebuck sale
The coolerator was crammed
with TV dinners and ginger ale,
But when found work,
the little money comin' worked out well
"C'est la vie", say the old folks,
it goes to show you never can tell

They had a hi-fi phono, boy, did they let it blast
Seven hundred little records,
all rock, rhythm and jazz
But when the sun went down,
the rapid tempo of the music fell
"C'est la vie", say the old folks,
it goes to show you never can tell

They bought a souped-up jitney,
'twas a cherry red '53,
They drove it down
to celebrate their anniversary
It was there that was married
to the lovely mademoiselle
"C'est la vie", say the old folks,
it goes to show you never can tell

However, it’s Bruce Springsteen & the E-Street Band who really brings this track to life in my humble opinion. Very rarely played live, and never pressed onto a studio recording Springsteen did play it live a couple of times on tour in 2009. Though on 7th July in , he played a blistering version replete with a horn section that is truly life affirming. It was played due to an audience member’s sign-request. As it is so rarely played it took a few minutes for Bruce and the band to prepare, and there are many gonzo-camera-phone footage of the performance on you-tube, as a result.

This footage is the complete 8 minutes, with warm up and with the horns section, just puts a big smile on your face –

And this clip, slightly truncated but with great sound again makes the blood pump and the toes tap –

Watching this formed a smile on my face, because life-affirming moments confirm that when observing this reality, everything is random, as "C'est la vie", say the old folks, it goes to show you never can tell

The reason why this song, and Springsteen's version[s] resonate so deeply within my mind as that when Muriel and I got engaged to marry, over 22 years ago, there were many who [with the best of intentions] wondered how long our marriage would last. All things considered it was a mixed-marriage, Muriel being Irish [though 1/8th French], and me being British but of Indian Origin, and my own eccentric nature. So whenever I listen to this song, it makes me smile.