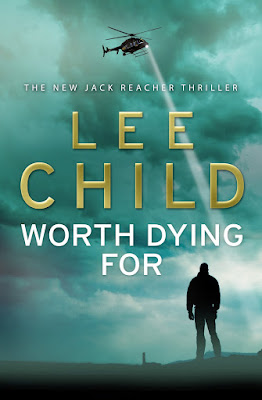 Recently Shots and The Rap Sheet sat down with Lee Child to discuss his Novel 61 Hours. Now Child’s English language publishers [Transworld] reveal the title and jacket images for his next novel.

In the UK, Transworld will publish Worth Dying For on 30th September 2010 as a Bantam Press hardback. It will be the fifteenth novel in Child’s series featuring maverick ex-military policeman, Jack Reacher, and the first time he has published two books in the same year.

At the end of his latest book, 61 Hours, published in the UK in March this year, Lee Child left readers in limbo. Was Reacher dead or alive? The British edition ended enigmatically – ‘To be continued, 30/9/10.’

Today, Transworld reveals that Worth Dying For will be another Jack Reacher novel but readers will have to wait until 30th September to find out how Reacher survived a massive underground explosion which was the culmination of 61 Hours.
Posted by Ali Karim at 10:06 AM 1 comment: 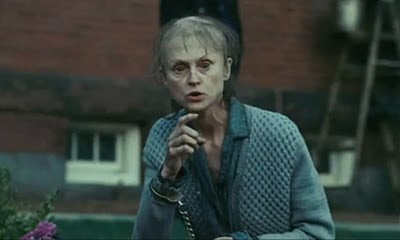 The Edmonton Journal has a fascinating article on authors and their feelings about film adaptations of their work with insight from Dennis Lehane –
When author Anne Rice heard that Tom Cruise had been cast as Lestat in the 1994 film version of Interview with the Vampire, she went ballistic, complaining that he was "no more my Vampire Lestat than Edward G. Robinson is Rhett Butler."
It's to Rice's credit that she ate crow after seeing Cruise's performance in the finished film, to the extent of buying a two-page advertisement in Daily Variety, praising his work and apologizing for her earlier diatribe.
However, bestselling author Dennis Lehane is still annoyed about Rice's behaviour. He wrote Shutter Island, and has no complaints about Martin Scorsese's hit film version. Two of his other novels -- Mystic River and Gone Baby Gone -- also became critically acclaimed films, and again Lehane was hugely supportive of what directors Clint Eastwood and Ben Affleck did to those two books.
"What I hate, I truly hate -- and I always did, way before I became a published author -- is someone who runs out in front of cameras, talking about how unhappy they were about adaptations of their works," Lehane says. He cites Rice's notorious complaint about Cruise playing Lestat. "Like we're talking about a character of Hamlet's level!" he adds with a snort.
"We're talking about a vampire who ends up in a rock 'n' roll band in the second book, if I remember right. This is not Rosencrantz and Guildenstern, (so) shut up! It reminds me of the guy coming out of the whorehouse, complaining he didn't feel loved."
Lehane has his allies. Nicholas Sparks, whose love stories are a continuing gold mine for Hollywood, doesn't complain. In fact, he sometimes finds the result an improvement. Mario Puzo had the good grace to admit that his bestseller, The Godfather, had been elevated to a work of art by director Francis Ford Coppola.
Read the Full Piece Here

But let’s leave the last word to Lehane -
Lehane was recently asked whether selling screen rights to a book is like giving a child up for adoption. His reply was succinct: "No, it's like giving it up to a babysitter. That's exactly what it is."
People are constantly asking him for his opinion on what Hollywood "did" to one of his novels. He figures Hollywood hasn't done anything; "my books are still there." He figures authors who complain aren't drawing the proper distinction.
"A book is an apple, and a movie is a giraffe," he says whimsically. "They don't have much more in common than that. They have basic similar narrative DNA, but they're two separate entities. I have no problem looking at Jaws, the book, and Jaws, the movie, L.A. Confidential, the book, and L.A. Confidential, the movie. They're two different entities and two different beasts."
Photo (c) 2010 Paramount Pictures
Posted by Ali Karim at 9:11 AM No comments: