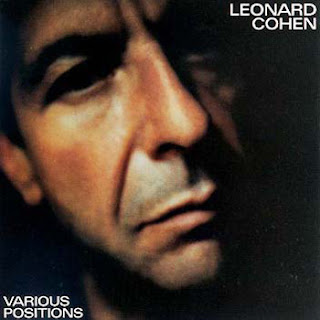 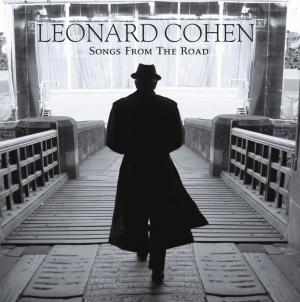 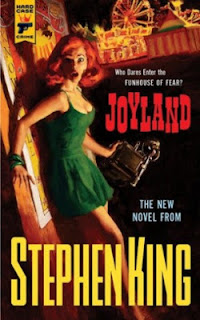 I've read it and will be releasing a feature length review shortly, but the first cab off the rank is from Bill Sheenan of The Washington Post who describes the book as -

“Joyland” is the second paperback original that Stephen King has released with Hard Case Crime, a small publisher specializing in new and vintage crime fiction of the classically hardboiled variety. The first was “The Colorado Kid” (2005), which serves, somewhat loosely, as the basis for the TV series “Haven.” A slight but memorable departure — for King and for Hard Case Crime — the novel offered a gentle, character-driven narrative notable for its deliberate lack of resolution. 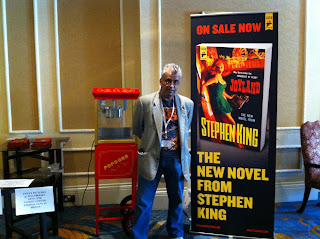 “Joyland” is, in many respects, a different sort of book, but it, too, depends on King’s typically unerring sense of character for its deepest effects. The narrator is Devin Jones, a 60-something writer looking back on the summer of 1973, when he was 21 years old. Devin spent that summer as an apprentice carny at Joyland, a family-owned amusement park struggling to survive in a rapidly changing world. Within that Bradbury-like setting, King has created a moving, immensely appealing coming-of-age tale that encompasses restless ghosts, serial murder, psychic phenomena and sexual initiation 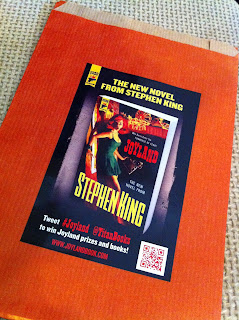 Set in a small-town amusement park in 1973, Joyland tells the story of the summer in which college student Devin Jones comes to work as a carny and confronts the legacy of a vicious murder, the fate of a dying child, and the ways both will change his life forever.

"I love crime, I love mysteries, and I love ghosts. That combo made Hard Case Crime the perfect venue for this book, which is one of my favorites. I also loved the paperbacks I grew up with as a kid, and for that reason, we're going to hold off on e-publishing this one for the time being. Joyland will be coming out in paperback, and folks who want to read it will have to buy the actual book." Stephen King

And you can read the first chapter here

And following in the path of Joyland comes King’s sequel to The Shining Dr Sleep from Hodder and in September.