“Life isn't a support system for art. It's the other way around.” Stephen King

True Detective Season 2 Main Titles from Patrick Clair on Vimeo.
Last year, I became obsessed by Nic Pizzolatto's TRUE DETECTIVE, and exposure to this remarkable TV Miniseries still affects my thinking, and my world-view. It reintroduced me to my early reading of Howard Philips [HP]H. P. Lovecraft, Robert Chambers, Gothic stuff - the Existentialist and Philosopher/Writers including Stoics such as Marcus Aurelius, but especially Albert Camus, Sartre, Freddy Nietzsche and many, many others. 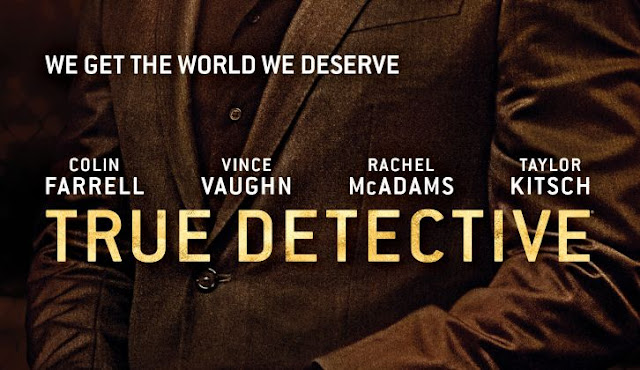 The exposure to TRUE DETECTIVE, was wonderful, as I am now a different person, in terms of the way I interpret the context of my existence, and those I share my time and thinking with. So my re-interpretation of those works from my youth, is different today, very different - but perhaps another key aspect of TRUE DETECTIVE, were the new writers and philosophers I encountered, such as Thomas Ligotti, Laird Barron, Joe Pulver and many others, and discovered the Antinatalists such as Emil Coran, Arthur Schopenhauer et al, and so my thinking was hijacked. 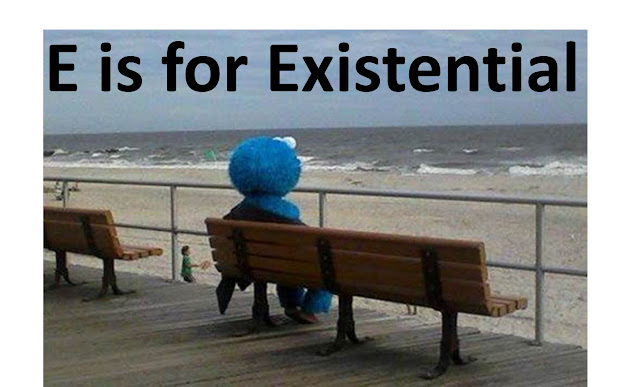 So Season 2 of TRUE DETECTIVE uncoiled itself last week, and again, it has dominated my thinking. After a second viewing of episode one, the excitement and anticipation of episode two is like an itch I can't stop scratching, as a huge slug of my cognition, my daily thinking is devoted to exploring this TV show, its themes, its core and poke the escalating cynicism we have toward reality.
This may make me sound mentally ill, but I really don't care.
Many with less patience, or are less aware of the perceived belief of having 'skin' in the game [we call life], have been perplexed by the opening episode. Not me, as I see the strands of Pizzolatto's narrative is revealing - like an angry river, leading to a bay, which on its journey is allowing us to observe the absurdity of this existence, though the parallax of another man's imagination - and a team assembled around him, to craft into physical reality from the fevered, and existential dreams of his consciousness, a shape we can see, in our own reality. A shape that when it emerges is as disturbing as it is curiously uplifting.
Imagine my surprise, when the show aired last week, that the title track, crafted to the surreal titles, is NEVERMIND by LEONARD COHEN.
So Season 2 of TRUE DETECTIVE has me returning to my love of Leonard Cohen, and in so doing, I have been re-evaluating his body of work; and I have to admit that his last album, POPULAR PROBLEMS [from which T Bone Burnett selected NEVERMIND for the titles], is utterly, utterly, total genius, thought-provoking, fuel for our cognitive process, beautiful, insightful, I could go on, but I won't, as I love it so much.

Though much of the songs on POPULAR PROBLEMS are dark, very dark, when dissected, however, they are remarkably insightful, and one in particular resonates in my mind like a Church Bell summoning the faithful for worship; It's called "DID I LOVE YOU", and it plays in my mind, in a perpetual loop - like the swirl of a roller-coaster from which I sit strapped.
'DID I LOVE YOU' also makes me smile, as the very first gift I sent Muriel Keogh, [from Saudi Arabia, where I was stationed], was Jennifer Warnes' FAMOUS BLUE RAINCOAT : The songs of Leonard Cohen'. I chose the Warnes tribute album, as I thought her interpretation of Cohen's words would be more accessible to this woman, the one, I fell in love with - only to discover, that she too was a fan of the Laconic Canadian, poet. One of the things Muriel and I share. 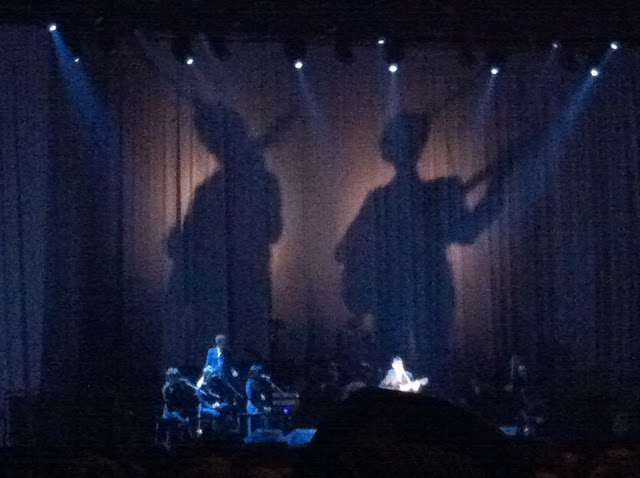 So for the next few weeks, I will be distracted by TRUE DETECTIVE, for which I am thankful, as it allows me to manage some of the problems ahead of me. I have found, one key method to reduce anxiety, and manage the existential panic that lies at the core of being a thinking human being, is to keep the mind and its cognitive apparatus fully occupied, distracted, if you will; otherwise madness beckons
Andy Dufresne: "Get busy living, or get busy dying."
STEPHEN KING - RITA HAYWORTH AND THE SHAWSHANK REDEMPTION
FRANK DARABONT 'THE SHAWSHANK REDEMPTION
Because Stephen King was correct when he said “Life isn't a support system for art. It's the other way around.”, because we need to manage our thinking-cognition to survive this reality - and I am thankful to Nic Pizzolatto and his team for TRUE DETECTIVE, as its density is such, it is all encompassing, to many of us - as we're headed deep into TRUE DETECTIVE territory. This means that the insane logic that drives the engine of my thinking, and therefore my existence will be firing on all cylinders.
So I will leave you with a remarkable song, a gift from Leonard Cohen, with words that provoke thought, thus providing comfort and distraction from the shapes that emerge from the surrounding fog that some term the 'cloud of probability' that envelopes [and perplexes] us, and what others call - our lives, our reality; trapped in this rock in a corner of time and space.
Have a great weekend, TRUE DETECTIVE - Monday, and for that I am thankful