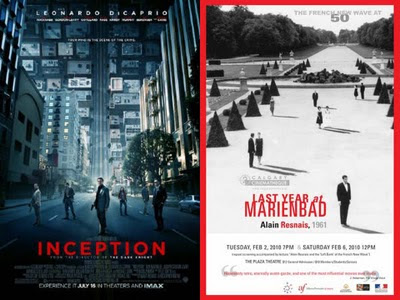 It’s amusing how patterns form around the paths that our conscious, as well as our subconscious mind weaves when we think about specific things in detail. I spend a huge amount of my day ‘thinking’ as well as ‘reading’. Recently I spent time with my friend Roger Jon Ellory at the Harrogate Crime-Writing Festival. At one point we discussed why we [and many others] read so many books, be it fiction, fact or combinations of both, such as Roger’s CIA / Serial Killer conspiracy thriller A Simple Act of Violence. Roger’s answer was “Because in the inquisitive, is a need to try and understand what reality is actually about?” Good answer I thought – because at my core I am an analytical chemist, and someone who just loves detective stories, so that would explain the inquisitive part of my nature. The problem then is something that has bothered me for sometime, and something that Martin Rees [Lord Rees of Ludlow, astronomer royal and master of Trinity College, Cambridge] summed up disturbingly at his stint presenting the 2010 BBC Reith Lectures –

Some of the greatest mysteries of the universe may never be resolved because they are beyond human comprehension, according to Lord Rees, president of the Royal Society.

Rees suggests that the inherent intellectual limitations of humanity mean we may never resolve questions such as the existence of parallel universes, the cause of the big bang, or the nature of our own consciousness.

He even compares humanity to fish, which swim through the oceans without any idea of the properties of the water in which they spend their lives.

“Just as a fish may be barely aware of the medium in which it lives and swims, so the microstructure of empty space could be far too complex for unaided human brains.”

Rees’s thesis could prove highly provocative to other scientists, especially those who have devoted their careers to understanding such mysteries.

Read More from The Times Archive

That is a depressing thought, that perhaps we will never truly comprehend what existence is actually all about, but then again the more you read, the more mysterious existence becomes. It still does not put me off trying to decipher what I see around me. I know at times I can get obsessed when an idea, piece of art, or an image engages. And that neatly sits right at the core of a film that has lead me along a surreal path this week.

With my family away in Dublin, I took some time on Saturday to spend with my elderly parents. Later that day, I took myself off to the cinema to view Christopher Nolan’s INCEPTION. To say that the film blew my socks off is an understatement.

If you peruse my Facebook page you can see exactly how deep this particular rabbit hole of mine really is. While viewing INCEPTION, I was reminded of the imagery of the 1961 Alain Resnais and Alain Robbe-Grillet’s impenetrable French New Wave Existentialist classic ‘Last Year at Marienbad’. When I got home and searched the internet, I found I was not alone to see the connection –

Like Alain Resnais’ aggressive mind loop, “Last Year at Marienbad,” “Inception” revolves around memories of a past love, which may or may not be “true.” Memory is fallible, dreams are malleable. Charmingly, Nolan has said he’d only ever seen that feat of bold parallel editing after completing this James Bond-scaled movie, but he felt all the other films that had been influenced by “Marienbad” had influenced him. What other influences rest lightly on Nolan’s shoulders?

Though Nolan stated that –

"Everyone was accusing me of ripping it off, but I actually never got around to seeing it. Funnily enough, I saw it and I’m like, Oh, wow. There are bits of “Inception” that people are going to think I ripped that straight out of 'Last Year at Marienbad.' Basically, what it means is, I’m ripping off the movies that ripped off “Last Year at Marienbad,” without having seen the original. It’s that much a source of ideas, really, about the relationships between dream and memory and so forth, which is very much what 'Inception' deals with. But we have way more explosions."

The idea had been seeded in my mind, and so I followed it back in time. The curious thing was that [apart from ‘Last Year at Marienbad’] I had also admired Alain Resnais’ startling documentary ‘Night and Fog’ [original title ‘Nuit et brouillard’] due to my interest in modern history and my curiosity about the [limitless] depths of man’s inhumanity to man. While tracking back Resnais’ writer on Marienbad - Alain Robbe-Grillet, I soon discovered that Grillet appears to have been influenced [or even inspired] by an obscure quasi-SF novel ‘The Invention of Morel’ by Adolfo Bioy Casares. This little known novel has been referenced by the writers of the TV Series ‘Lost’. I quickly found this slim novella / novel remains in print and is available, so I quickly ordered it. If you want to follow me down this rabbit hole - the introduction can be downloaded as a .pdf here. I strongly recommend this slim mind-flipping little book.

Then the really weird coincidence appeared, considering my enthusiasm from Inception, Last Year at Marienbad, The Invention of Morel, Lost – while researching I discovered that Alain Resnais directed a film with Marienbad star Delphine Seyrig, entitled “Muriel ou le temps d'un retour”, literally translated as “Muriel, or the Time of a Return”. This film was released in 1963 as ‘Muriel’ in the UK and US. The peculiar aspect is that my wife of 20 years is named Muriel; and I was born in 1963, the same year that Resnais’ film ‘Muriel’ was released – spooky!

OK – I admit I have read far too much Philip K Dick but when one gets trapped in the riddle that is Marienbad, perhaps it does things to one’s mind, but then again, like Leonardo DiCaprio’s screen wives in Shutter Island and Inception, perhaps reality is more mysterious than the alarming views of existence that these films present.

But to prove that I haven’t lost my sense of humour and that my sanity remains intact – click here for an amusing spoiler from Inception that has done the rounds on Twitter – Warning click if you’ve seen Inception [especially the last frame].

I strongly recommend the films Inception, Last Year at Marienbad as well as Shutter Island, if you like mind-bending movies, as well as the weird novella / novel ‘The Invention of Morel’ by Adolfo Bioy Casares, but a warning - they do mess up your mind. As we may be fish swimming in a reality we don’t comprehend, that’s to be expected I guess, according to Lord Rees of Ludlow.

But don’t worry, you’re probably dreaming.
Posted by Ali Karim at 8:22 AM