Colonel Mustard did it in the Library 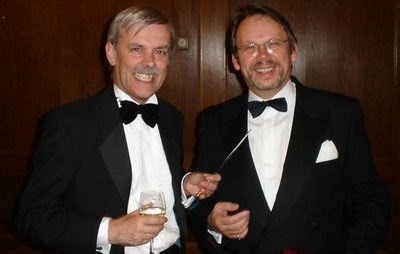 I really enjoy attending the Annual CWA Dagger Awards in London each year, and one of the Awards is open to the public for voting. This allows anyone who votes to have the chance [via a prize draw] to attend the CWA Dagger Banquet, as well as receive a bundle of books for their reading group. The Award I’m referring to is of course The CWA Dagger in the Library.

Unlike most other literary prizes, the Dagger in the Library is awarded not for an individual book but for the author's body of work. Previous winners have included Stuart McBride, Craig Russell and Alexander McCall Smith whilst Joolz Denby, Lesley Horton and C J Sansom have been Highly Recommended. Nominated authors must be alive, preferably working in Britain and cannot have won the award before. If you'd like to nominate your favourite crime writer, nomination forms can be downloaded from the CWA website or picked up from your local library and all entries must be submitted through a library. Each branch library or reading group can nominate up to three authors so any arguments can be left to the judging panel!

Short supporting statements are welcome as they'll help the judges come to their conclusion.
2008 saw 54 authors nominated and there is an added incentive this year. As before, all groups whose nominated authors are shortlisted are entered into a draw for 2 tickets to the prestigious Dagger Awards ceremony in London but, for the first time, those groups who nominate the winning author will enter a draw for £300 to be spent on books for their group. The closing date for entries is 11th April 2009 so let the arguments begin – just try to keep the murders to the printed page! – Read More

So head off to your library to vote or download a voting from the CWA website
Posted by Ali Karim at 1:55 AM