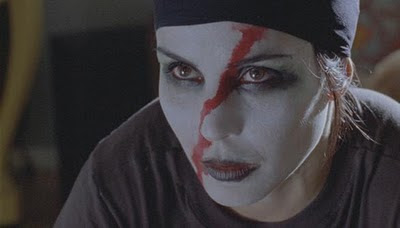 The news from the US production team behind David Fincher’s interpretation of Stieg Larsson’s The Girl With The Dragon Tattoo thriller just gets better and better. We reported about Daniel Craig joining the cast, now we hear Christopher Plummer has signed up to play Henrik Vanger. Former action star Sven-Bertil Taube played the role of Henrik Vanger in the Swedish language original. Though I’m not usually too excited about Hollywood remakes of European originals, but after viewing ‘Let Me In’ last week, my opinion has changed.

Though it’s not all good news as the production currently in Sweden has had a set back as Rooney Mara, who is cast as Salander has been reported [but not confirmed] as injured in Stockholm last week -

25-year-old Mara seriously injured her shoulder, according to the Aftonbladet daily, while preparing for the role of Salander in the Hollywood version of the first of Larsson's Millennium trilogy books. Filming has now been delayed for several days while the actress works to recover from her injury sustained while training for the role.

Mara has been in Stockholm for several weeks preparing for the task of playing the gothic hacker heroine Salander, including learning to ride a motorbike, fight and to build up her muscle strength. She has furthermore been undergoing classes to learn how to speak English with a Swedish accent.
Mara has been spotted undergoing rehab training at the private Sophiahemmet hospital in Stockholm to recover from her unfortunate mishap, according to Aftonbladet."She injured herself during the preparations for the role so seriously that she is unable to record any scenes at the moment," said an unnamed person who had seen the actress at the hospital to the newspaper. However, Malte Forssell, the project leader for filming in Sweden told the newspaper he had no knowledge of the injury. In addition, a representative for Sony Pictures told US entertainment programme Access Hollywood that the reports of Mara's injury were "not true". The US film team have identified a number of locations around central-eastern Sweden for the film. Södermalm on Stockholm will featured strongly, with the production using Mariatorget as a base.

So far, sites in central Stockholm and the nearby archipelago have been confirmed, as have locations in Uppsala in eastern Sweden, according to the TT Spektra news service."They're going to remake building facades and streets on parts of Drottninggatan. It's supposed to look like it did in the 1960s. Therefore, we've given permits to place work trucks and such on the street," Karin Åkerström of the Uppsala police told TT. The filming is likely to cause some traffic headaches for Uppsala residents, with bus service on Drottninggatan set to be rerouted for at least a month. In addition, an estate outside the town of Katrineholm, located about 140 kilometres southwest of Stockholm, is a likely location for filming scenes in the Hollywood remake of the first installment of Stieg Larsson's Millennium trilogy.
According to the Katrineholms-Kuriren, the Hofsta säteri estate, with roots back to the 1300s, will serve as character Henrik Vanger's compound on the outskirts of the fictional town of Hedestad in "The Girl With The Dragon Tattoo.""We're preparing for filming to start in October, but it's not 100 percent finished," Malte Forssell, the film's Swedish producer, told the newspaper.Film crews are also set to descend on locations in Hälsingland province in eastern Sweden, including Bollnäs, as well as Gävle and Söderhamn. A number of scenes will also be shot in central Stockholm and at three locations in the city's archipelago.

Read More
Posted by Ali Karim at 1:09 AM