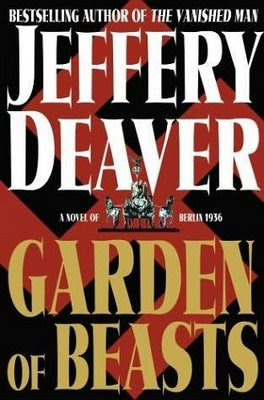 Having being tagged by Jeff Pierce my Editor at The Rap Sheet, for my favourite debut reads in 2008; I have to rely on my memory which is not really fair on my weary brain - so I will wait until tomorrow to allow me to check my BRP [Been Read Pile] later tonight.

Jeff’s tagging started me to think about debut novels, as well as ‘breakout’ novels. Most debut work by definition could be considered a ‘breakout’ novel. While there are some debut novels that just don’t sell, and these are not ‘breakout’ novels, so the writer then needs to take a hard cold look at what he/she is doing. The term breakout is one which causes a novelist to move in a different direction due to one particular books success in finding a readership or tapping into the Zeitgeist. With the dreadful state of publishing currently; I know some ‘mid-list’, or ‘starting-out’ writers are fearful of the road ahead. Without a breakout, their careers maybe under threat as things are not cool these days.

Then I also started to think about why some of these ‘break-out’ books changed an author’s direction, or didn’t in Jeff Deaver’s case. In David Morrell’s case, his debut haunted his future career [forcing him to work under the shadow of a creation who grew larger than its creator]. While for Joe Finder and Lee Child their breakout novels defined their future direction completely, with Finder writing high-tech business thrillers merging a techno-thriller with an espionage motif. While Child hit the Zeitgeist and found a huge audience [after a decade of hard work] with his loner Jack Reacher.

In the case of the last of my selected five breakout novels, The Straw Men even caused its author to truncate his name, though didn’t cramp his style in the genre that made his name.

Naturally there are many such great examples of ‘breakout novels’, but these five thrillers I've selected still haunt this reader today, and I recommend them very highly, very highly indeed.

Jeffery Deaver – GARDEN OF BEASTS [2004]
The reason why I respect Deaver’s work is that he experiments with the genre; producing audacious thrillers such as the award winning ‘Garden of Beasts’ which is a love letter to the golden age thriller epitomised by Maclean, Household and Ambler. This tale of espionage set against a Nazi backdrop defines the word thriller, because it thrills and is my favourite from his body of work. That says something, because Deaver is an exceptional thriller writer. I am so pleased that I witnessed Deaver win the Ian Fleming Steel Dagger for Garden of Beasts in 2004. I have over the years bugged Deaver to write a follow-up, but he advised me that the change of direction in ‘Garden of Beasts’ was not commercially successful, even though it was the novel he’s most proud of. In fact we both consider that it will be the book he’ll be most remembered for. It is therefore a critical breakout novel, but not a commercial breakout.

David Morrell – FIRST BLOOD [1972]
I call David Morrell the ‘Daddy’ of the contemporary thriller. His debut ‘First Blood’ created an icon, but his talent is spread across the horror genre, espionage as well as thriller novels with many traversing genres such as his latest ‘The Spy Who Came For Christmas’; but it will always be this opening line "His name was Rambo, and he was just some nothing kid for all anybody knew, standing by the pump of a gas station." That hit a nerve and broke him out from academia into commercial fiction.

Joseph Finder - PARANOIA [2004]
Joe Finder has carved himself a niche in writing thrillers set against the high-tech corporate world. It all started with ’Paranoia’ which features executive slacker Adam Cassidy agreeing to a Faustian pact to spy on a hi-tech rival computer company mixing the hip with the violent. An absolutely superb novel that had me at times on the edge of my seat, and other times laughing out loud. It proved to be Finder’s breakout novel, and if you’ve not read it, then may I urge you to do so.

Lee Child – KILLING FLOOR [1997]
Lee Child is well into his tenth decade as a published writer. The angry and claustrophobic ‘Killing Floor’ introduced his ex-MP investigator Jack Reacher and his altruistic journey across America. With each chapter, we see the vista broaden, but it is this debut that still electrifies as it is such an angry work. Jack Reacher is the classic loner looking in, and who helps those who can’t defend themselves. Stashed between the words, Child shows a hidden liberal value-system beneath the gleam of gun-metal. Lee Child is Britain’s greatest literary export since Ian Fleming, and Killing Floor broke him out.

Michael Marshall – THE STRAW MEN [2001]
As a crime writer [as opposed to Smith’s SF / Horror], Micheal Marshall introduced us to his ‘The Straw Men’ trilogy which gave the serial killer novel a big shot in the arm. Loosely based on a theory about mankind’s evolution and how killing people by a covert sect becomes an unholy purpose. John Zandt, an ex-LA homicide cop and partner Nina and CIA operatives Ward Hopkins and Bobby find themselves in the centre of this conspiracy. The adventure continues with ‘The Lonely Dead’ and the surreal ‘Blood of Angels’, however it was the shocking revelations behind the origins of The Straw Men and the link to humanity that terrified me in the debut work of the same title.

If the global economic woes are getting you down, flick your mouse to an online bookseller and grab one of these five novels and escape reality for a while. When you put the book down, trust me, your own woes will feel much lighter.
Posted by Ali Karim at 8:47 AM