The Existential Issues of Time Travel 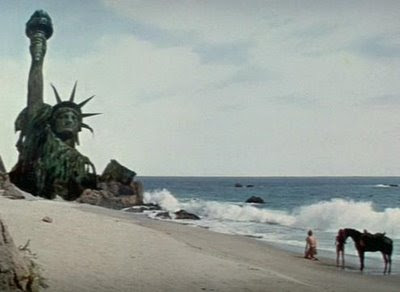 I just love novels and films that feature time travel.

When it comes to time-travel novels Dean Koontz’s Lightning and Time Thieves are both excellent, so I was pleased to see Dick Adler point out T.J. MacGregor’s Running Time a writer and novel that had missed my radar. And don’t get me started on Philip K Dick’s contribution to this subgenre.

Of course when it comes to existential musings on time travel, there are classics such as Jack Finney’s Time and Again, Richard Matheson’s Somewhere In Time, or perhaps Ray Bradbury’s timeless [forget the pun] A Sound of Thunder among others such as H G Wells’ The Time Machine.

It was of course cinema and TV that took up the time travel theme strongly. Harlan Ellison’s Soldier and Demon with a Glass Hand became Outer Limits Classic episodes. Ellison was also given a credit on James Cameron’s The Terminator a movie that explored a similar theme as did its sequels. Time Travel attracted the blockbuster types with Back to the Future and even Bill Murray got in on the act. Time Travel also appealed to the low budget film-makers, which my favorites are the 1997 curio Retroactive, the Jean Claude Van Damme cerebral actioner Timecop and the deeply existential and troubling The Jacket – These three lesser known movies are well worth exploring if you require challenge in your thinking about time. There are many other fine examples of this sub-genre, including Donnie Darko, The Planet of The Apes film sequence [pictured at the top], the best episodes of Star Trek as well as several other examples.

So with time, not in my hands, but in my mind I was excited to hear about the upcoming movie Timecrimes [Los Cronocrimenes] from Spanish filmmaker Nacho Vigalondo. The director spoke to the LA Times recently -

Vigalondo shot the movie in northern Spain, where he grew up -- and where he received funding. "You have to shoot where you are given the money," he says. "The problem came with the weather. We had a hurricane in the middle of the night, and it destroyed all the sets. We had to start it all again."Despite the movie being his passion, the filmmaker says he won't be involved with an American version of "Timecrimes." The rights to it have already been sold, with director David Cronenberg and producer Steve Zaillian attached.That's fine with Vigalondo. "I don't want to go back in time and make the film again," he says, laughing.

Why did you want to make a movie about time travel?

I'm a devoted science fiction fan. I'm really into that kind of stuff from novels to films. Into the genre of science fiction this sort of genre, time travel it was one of the most challenging genres you can work. Because you can not repeat the same thing that has been done already you're forced to be original. And at the same time you have to work on scary stuff that is funny at the same time. This for me is the quest that is making this kind of film.

What kind of science fiction inspired you to write this type of film?

For example my inspiration from this film came from the books of Philip K Dick and other writers that took it to the edge. But as far as movies the movie I have on my laptop all the time is Psycho by Alfred Hitchcock. Most of his films they have situations that are both pretty dark but also pretty silly. The Birds is a movie that can be a pretty dark horror film but at the same time it is a comedy because it's about birds attacking people. But if you're looking for closer examples to this type of film I must say that I was in love with Twelve Monkeys when it first came out. I love that kind of structure and I love that kind of film and I was impressed with how it was such a depressing tale but the whole thing was filled with jokes.

Timecrimes has won several international awards and is one that I am watching out for as it missed my initial radar sweep.
Posted by Ali Karim at 8:12 AM